Did Somebody Say F-22 Restart? Inside the Air Force Proposal Sent to Congress. 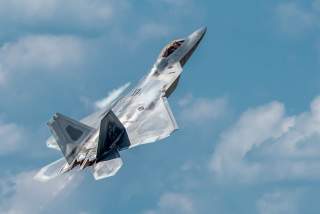 The F-22 design has been extensively tested and refined aerodynamically during the development process.

According to Washington Examiner, on Jun. 18, 2017, the U.S. House Armed Services Committee (HASC) has received a secret report on restarting production of the F-22 Raptor from the U.S. Air Force (USAF).

House lawmakers ordered the report last year to determine what it would take and how much it might cost to re-start producing the high-tech, fifth generationaircraft again.

Congress in fact voted in 2009 to stop purchasing the F-22 stealth fighters after just 187 were made, hundreds less than the USAF had planned.

The F-22 design has been extensively tested and refined aerodynamically during the development process.

The F-22’s characteristics provide a synergistic effect ensuring F-22A lethality against all advanced air threats. The combination of stealth, integrated avionics and supercruise drastically shrinks surface-to-air missile engagement envelopes and minimizes enemy capabilities to track and engage the F-22. The combination of reduced observability and supercruise accentuates the advantage of surprise in a tactical environment.