The Dilemma Of America’s Strategy for Europe 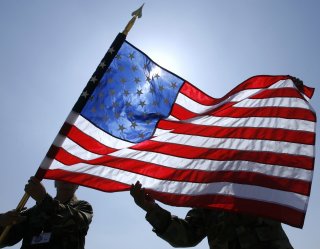 The end of the Cold War, from the opening of the Berlin Wall through the collapse of the Soviet Empire, entailed an unambiguous success for decades of American foreign policy in Europe. Yet during the subsequent three decades, America has faced repeated disappointments, both in our dealings with post-Soviet Russia and regarding trans-Atlantic relations with our presumptive allies in Europe. We need to look at both aspects—our adversary and our allies, but when we do so, we face a fundamental strategic dilemma.

A revanchist Russia has emerged in the Putin era as a strategic competitor, as the 2017 National Security Strategy correctly recognized. Moscow has reverted to an adversarial stance toward Washington, ultimately similar in character, if not in degree, to Russian policies of the Soviet era. Such competition between Russian and the United States is ultimately not surprising and has very deep roots, stretching back to the nineteenth century.

Meanwhile, America repeatedly finds itself at odds with some European partners, notably France and Germany. Such disjunctions reflect a fundamental post-Cold War reality. Unlike pre-1989 Western Europe, today’s unified Europe is less dependent on American security guarantees and therefore increasingly aspires to its own autonomous foreign policy goals, independent of or even contrary to Washington’s concerns. (In contrast, those countries most aware for historic reasons of their vulnerability to Russia, the Baltics and the former Warsaw Pact countries, are now the most committed to strong ties to the United States.) U.S. foreign policy, therefore, faces a double problem, despite the heady victory of 1989: the reemergence of the Cold-War adversary Russia and the repeated irritation in trans-Atlantic relations, as Europe faces temptations to turn away from the West, a kind of pivot to Eurasia.

These simultaneous challenges generate a dilemma for U.S. foreign policy. Should Washington adopt ever-tougher stances toward a Moscow that continuously provides ample grounds for firm responses? The list is long: Crimea, Donbas, Syria, Libya, Belarus, as well as domestic repression and extraterritorial assassinations. Or should American diplomacy emphasize repairing trans-Atlantic relations, which means returning to more collaborative relations with Paris and Berlin? Those alliances have been important assets for American foreign policy for decades, so there is much to recommend that path. Yet here’s the rub: Those two visions are at odds with each other. France and Germany are considerably softer on Russia than nearly anyone in Washington, whether Republican or Democrat. The more the United States was to ratchet up the critique of Putin and pursue confrontational policies, the more stress will be placed on U.S. relations with the traditional allies on the continent. Each path is credible, but it is delusional to imagine that America can pursue both at the same time, at least not without unlikely reorientations away from Russia on the part of the Europeans.

Europeans legitimately wonder if Russia-hawks in Washington will always have the upper hand. At least since the beginning of this century, American administrations have displayed unpredictable inconsistencies in their attitudes toward Russia. At times they have indulged in a romanticism of rapprochement, as when George W. Bush claimed to see Putin’s “soul,” or with the ill-fated “reset” of the Obama administration, let alone the “hot mic” moment with Dmitry Medvedev. Those fantasies of détente have repeatedly crashed into the brutality of Moscow’s hard-nosed ambitions. Compared with its predecessors, the Trump administration has been tough on Russia, with its consistent pursuit of the post-Crimea sanctions, the application of the Magnitsky Act, and its opposition to the Nord Stream 2 pipeline.

The Europeans are much more hesitant to confront Moscow. To date, neither Berlin nor Paris has attributed the Navalny assassination attempt to the Russian government, and the European Union has yet to adopt a sanctions tool comparable to the Magnitsky Act. Meanwhile, French president Emmanuel Macron, in his efforts to burnish his own foreign policy credentials, has pursued an unconditional reengagement with Russia. It is, however, surely not coincidental that Russian and French interests appear to overlap in Libya, Armenia and with regard to Turkey.

As far as Germany goes, Chancellor Angela Merkel deserves credit for pushing through the Crimea sanctions, despite the protests of a significant pro-Russia lobby, the so-called Putinversteher. Nonetheless, a Moscow-linked assassination in the streets of Berlin elicited only a tepid diplomatic response, and the widespread calls in the German public to suspend Nord Stream 2 as a response to the Navalny poisoning have been slow-walked by the government. Merkel’s call for a “European solution” for Nord Stream really means infinite deferral, since a consensus of all 27 members on the pipeline will be nearly impossible to reach.

The point is that both Germany and France prefer to minimize damage to their relations with Russia. Any American proposals to confront Moscow more forcefully will therefore contribute to a deterioration of relations with our trans-Atlantic allies. The wrong steps by Washington could even push them toward Moscow and into what used to be called a “Finlandization” during the Cold War, a de facto subordination to Russian hegemony. Instead, the appropriate question for Washington to ask is whether there are ways to align U.S. strategy with interests of Berlin and Paris so as to establish an Atlanticist collaboration against Putin’s revanchism. This question should be asked furthermore with a view to the election cycle: not only 2020 in the United States but also 2021 in Germany and 2022 in France.

Whatever the outcome of the American election, there are hard times ahead for U.S.-German relations. If Nord Stream 2 is completed, which is likely, the sanctions that were passed with wide bipartisan support in Congress will kick in, yielding a permanent source of bilateral irritation. Moreover, if the next coalition government in Berlin after 2021 includes the Greens—also likely—there will be pressure for Germany to officially retract its Wales Pledge, the 2 percent of GDP for defense, and to ban U.S.-NATO nuclear weapons. This, too, will have negative bipartisan repercussions in the United States.

A productive U.S. strategy for Germany desperately needs a robust communication strategy, directed both at the political class and the broad public. We have ceased to make the American case well, while the German media are full of Russian disinformation. However better communication and public relations are hardly sufficient. U.S. diplomacy needs to explore venues for productive collaboration with Germany. One unexpected opportunity could involve joining forces to rebuild bridges to Turkey. Germany desperately needs a working relationship with Ankara as the linchpin in its strategy to limit immigration into Europe, while Washington has a vested interest in cultivating the connection to this important NATO ally. A joint German-American diplomatic initiative toward Turkey could also build on Ankara’s deep suspicion of Moscow. In addition, while such an initiative would not make Greece and Turkey renounce their reciprocal grievances, it might just prevent these two NATO allies from going to war with each other.

As far as the 2022 elections in France are concerned, the good news is that neither the anti-Americans on the far left or on the far right are likely to win.  Either Macron will gain a second term, or he will be replaced by a candidate of the center-right Republicans. The foreign policy consequence might entail a continuation of the characteristically French call for “strategic autonomy,” a variant of a neo-Gaullism, but Paris understands that there are real limits to its own power. Unable to impose its military will even in Mali, France cannot assert itself anywhere else without significant support, and for that support, there is no other candidate than the United States. The opportunities for Franco-American collaboration lie in the Sahel against Islamists and in the Indo-Pacific region, where France has interests because of its overseas territories and could, for example, join more freedom of navigation operations as a way to counter the other strategic competitor, China.

America can rebuild its trans-Atlantic ties to Germany and France through alignments of shared diplomatic and security goals. Such alignments can serve to contain America’s great-power competitors, Russia and China. For the foreseeable future, however, the European leadership faces political limits as to the extent that it can confront Russia directly. Proposals that the Trump administration becomes even more adamant than it has already been in denouncing Putin may surely be justified, given Russian actions, but we should remain aware of the deleterious impact our words can have on our relations with vital allies. Harsher rhetoric toward Moscow only makes sense if it helps reach a worthwhile political goal. There are smarter and more subtle ways to confront our adversaries, while also rebuilding our vital strategic alliances.

Russell A. Berman is a senior fellow at the Hoover Institution and Professor of German Studies at Stanford University.