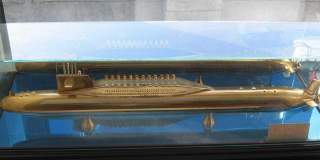 The single Xia-class submarine was not a military success.