Do U.S. Allies Think the Capitol Siege was an Attempted Coup? 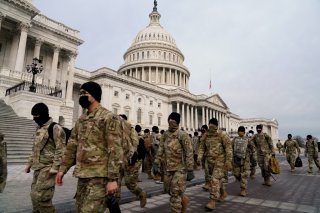 As Americans struggle to find the right words to describe the civil unrest in Washington, DC that resulted in thousands of citizens storming the Capitol Building, some reporting is suggesting that key NATO allies may be inclined to view the incident as a deliberate coup attempt, perhaps with the complicity of federal law enforcement officials. These disturbing reports raise a narrow question about how America’s allies will perceive the event, but also a broader and more important question about the consequences of the unrest for American foreign policy.

Regarding the first question, although more information will become available over time, it seems unlikely that NATO members would seriously view the incident as a coup attempt. For one thing, as Jonathan Tepperman noted in Foreign Policy, there is no evidence of coordination with the military that defines successful modern coups. In addition, President Donald Trump and his erstwhile political allies seemed nearly as surprised as everyone else by what transpired. They maintained radio silence as the event unfolded, making no effort to control or craft a narrative justifying the violence taking place. There was no equivalent of the Bolshevik occupation of the Central Telegraph Office in 1917, for example. Finally, in a country the size of the United States, a serious coup attempt would require the conspirators to take simultaneous measures to retain control of regions outside the nation’s capital. Again, there is zero evidence for any of this, as America’s allies are certainly well aware.

On the other hand, the allies obviously have good reasons to be concerned by any loss of order in Washington, DC, upon which they depend for much of their own security, and the broader implications of the unrest will be significant in the short-to-medium term. Two consequences seem especially important.

First, in addition to their legitimate concerns, other nations are likely to use the unrest as rhetorical cover to pursue policies that Washington has long opposed. For example, when the Edward Snowden leaks revealed that the National Security Agency (NSA) under President Barack Obama had been monitoring Angela Merkel’s cell phone, the episode was later used to provide cover for Merkel’s reluctance to ban the Chinese telecommunications company Huawei. In reality, this decision was mostly motivated by a desire to avoid damaging strategic relations with China, but the spying by the NSA provided a convenient justification that was difficult to refute in public.

Expect something similar after the events in Washington, DC. Worries about American democracy will be used to justify a series of policies that Washington views as geopolitically risky, but which allies see as granting them strategic flexibility or economic benefits. These contentious policies include such things as the Nord Stream 2 natural gas pipeline from Russia into Germany (which the United States is trying to prevent with sanctions), increasing levels of Chinese investment in key sectors of the European economy, and Turkey’s desire to purchase air defense systems from Russia (also facing sanctions). All of these outcomes have suddenly become more difficult for Washington to resist, and this will be the most significant foreign policy legacy of the disorder.

Second, embattled leaders abroad will attempt to use their (justified) condemnations of the crisis in America to burnish their own domestic legitimacy. Thus, it is no coincidence that President Recep Erdogan of Turkey, an embattled autocrat who saw his own popularity levels dip to new lows during the Covid-19 pandemic, has mockingly chided the United States and called the events a “disgrace” that “shocked humanity.” It goes without saying that competitors like China and Russia will use any instance of disorder to cast doubt on America’s reliability and democratic governance more generally.

The upshot is that while few nations, allied or otherwise, will sincerely view the civil unrest in Washington as deliberate coup attempt, many will have strategic incentives to exaggerate what took place. The only viable response is for the United States to return to normal working order as quickly as possible.

Christopher M. England is visiting assistant professor of political economy at the College of Idaho. His foreign policy writing has been published by The National Interest, The Atlantic Council, and RealClearDefense. Contact him at [email protected].