The Doctor Is In (As In Your House): Why House Calls Won't Go Away 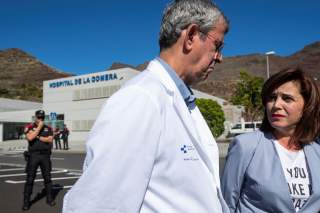 In the past year, I have done half a dozen house calls. Seeing a person in their home highlights both their unique humanity and the reality in which any proposed intervention must occur.

This sense of the whole person is diminished in a doctor’s office or the busy hospital environment, where gowns replace clothing and people become patients in numbered rooms. In a home, rooms have names, patients are people and the doctor is a guest — a very different dynamic.

I went on my first house call as a teenager in Hampton, N.B., when I asked Dr. Robb, my family physician, if I could accompany him. This experience was formative. I remember (in a disembodied way) a visit to an elderly patient in a modest, poorly lit, home. The smells and general disorder stuck.

I didn’t know about social determinants of health then, but I sensed that any medical intervention would be difficult. Dr. Robb didn’t overtly state the impact of poverty on this patient’s care; he led me to the stage and my eyes were opened. He knew well William Osler’s aphorism, “The good physician treats the disease. The great physician treats the patient who has the disease.”

I am a house call rookie. I run a busy department of medicine and don’t routinely do house calls. That said, I have a well-stocked doctor’s bag.

When I do house calls, it is usually when the person lives nearby, I know the family or, increasingly, because they lack a family physician. Those experiences have shown me the value of house calls in modern medical practice.

A common reason for house calls is loss of consciousness, usually due to fainting — medically known as vasovagal syncope. While syncope is benign, the patient and their family don’t know this and their call for help is urgent.

One house call began with a frantic phone call — someone had collapsed! Another involved pounding on the door at night because a loved one was unresponsive. While syncope (fainting) is the number one cause of losing consciousness, other causes — heart attack, strokes and arrhythmias — are dangerous. A doctor must quickly separate the horses from the zebras.

I follow Samuel Shem’s dictum from his novel The House of God, which advises physicians, “when at a cardiac arrest, the first procedure is to take your own pulse.”

Bringing calm into the room allows therapy to begin. I ensure the patient is breathing, has a pulse and blood pressure and is lying on their back with legs elevated. Then I learn how the episode began: was it was preceded by a sense of impending collapse, abdominal pain, exposure to an emotional stress, bleeding or prolonged standing?

I then examine the person, who is likely sweaty and pale, with low blood pressure and a slow pulse. In a few minutes, blood pressure and heart rate increase and the person recovers. I advise them to rehydrate, remind them about fainting risk factors, instruct them on preventive measures and first aid (lie down, with feet higher than head).

Forty per cent of people have experienced fainting, and the house call is often the only intervention required.

2. Sometimes the problem is obvious

I once did a house call where the problem was leg swelling in a patient with known heart disease. The family’s question was whether this was heart failure.

As I entered the house I saw the patient in a chair, swollen feet dangling on the floor. Immobilized by a recent orthopedic injury, he had been sleeping there for two weeks!

The physical exam was normal with no signs of heart failure. It was obvious to me that the swelling was a result of gravity, a condition medically known as dependent edema. It was clearly caused by sleeping in a chair, and made worse by poor circulation.

I found a fix for the patient’s orthopedic problem, which allowed him to become mobile and sleep in his bed. The leg swelling disappeared within a week.

3. More than just a medical expert

In Kingston, Ont., where I practise, the South East Community Care Access Centre provides advice and services related to care in the home, and access to long-term care facilities.

One house call I made was for a family that was floundering, after the death of a spouse, to access these services for the surviving partner. I’m not an expert in accessing the centre; however, my role during that visit was to figure it out.

I called and the centre staff helpfully arranged an occupational therapy consultation and a home assessment. Services provided during a house call, though often not heroic, are nonetheless of great value. The two hours spent connecting the centre and the members of a far-flung family helped avoid a trip to the emergency department.

4. There is vulnerability in making a house call

I have done house calls to officially register the death of someone in the home, or to visit patients as they near the end of life. These visits are powerful and avoid futile hospital visits.

With no white coat to shield me and no computer to hide behind, it is raw to share with the patient an immutable reality. Tears shed and hugs offered can be simultaneously draining and rewarding.

This is the ultimate in patient-centred care. My colleagues in palliative care do this frequently.

Dabblers like me aren’t going to revive house calls. Kingston is currently experiencing a shortage of family physicians.

More than six per cent of all our patients who have a specialist lack a general practitioner. These orphaned patients have used government websites like Health Care Connect, without timely results.

They have no family doctor because theirs retired or transitioned to part-time work, they are new to Kingston or they are deemed “difficult.” I can’t offer them the access a family doctor could; I’m just the best of their bad options.

The house call remains a fundamental medical service and is no less necessary in 2020 than it was when I accompanied Dr. Robb on that formative visit as a teenager in Hampton.