Does Israel's Merkava Tank Beat out America's Abrams as the World's Finest? 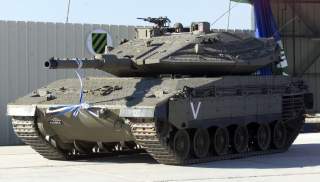 Key point: Washington's M1 Abrams is one of the best tanks in the world but it lacks one thing that Jerusalem's Merkava has. Israel's Merkava has powerful defensive mechanisms and reactive armor.