Does North Korea Have Any Chance of Killing an F-35? 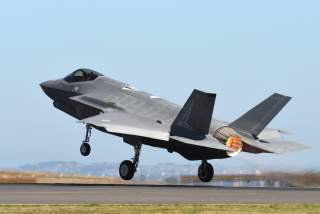