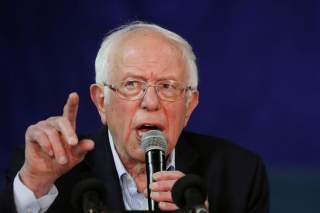 My recent paper with Chris Edwards concluded that studies estimating wealth inequality without accounting for Social Security would both exaggerate the level of inequality and overestimate its increases since the 1980s.

We realized that increasing amounts of wealth for the bottom 90 percent had become tied up in Social Security claims over the past three decades. And a host of evidence suggests that redistributive programs, such as Social Security, actively crowd out private saving among those on modest incomes.

A new study from University of Pennsylvania economists adds empirical blast to our intuition. Whereas the oft‐​cited work of Thomas Piketty et al restricts wealth inequality statistics to the distribution of marketable assets, this new study estimates the present value of Social Security wealth too, before assigning it across the wealth distribution.

Its conclusions are striking. Adjusting for Social Security wealth not only substantially reduces the level of wealth apparently “held” by the top 1 percent and top 10 percent, it completely changes the trend since 1989:

As the study makes clear, there is no convincing rationale for excluding Social Security from studies of wealth concentration. But doing so exaggerates both wealth inequality levels and its increases over the last three decades. If some academics still contest that marketable wealth inequality alone tells us something interesting, then they must also acknowledge that Social Security’s existence widens that measure.

Strangely, those who consider marketable wealth inequality a huge problem do not often advocate abolishing Social Security to narrow it. In fact, the opposite. So do they really care as much about wealth inequality as their rhetoric suggests?