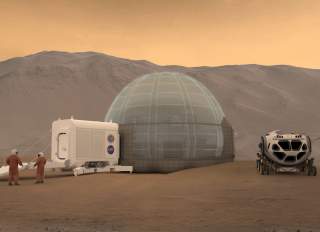 Sen. Josh Hawley is unimpressed by smartphones and the social media revolution, to say the least. The Missouri Republican — who previously mused that “maybe we’d be better off if Facebook disappeared” — writes the following in a The Wall Street Journal op-ed:

Men landed on the moon 50 years ago, a tremendous feat of American creativity, courage and, not least, technology. The tech discoveries made in the space race powered innovation for decades. But I wonder, 50 years on, what the tech industry is giving America today. … There was a time when innovation meant something grand and technology meant something hopeful, when we dreamed of going to the stars and beyond, of curing diseases and creating new ways to travel and make things. Those are the dreams that fuel the American future. Those are the dreams we need to dream again.

1. The moon landing was a civilizational achievement. (I have written previously of the need for America to again be a space-faring nation.) And the space program generated spin-off advances that made our earth-bound lives better. NASA will tell you this. But did the space program usher in some sort of broad-based, technology-driven economic boom? The final Apollo mission launched in December 1972, the result of a project that began in 1960 and cost nearly $300 billion in today’s dollars or $700 billion as an equivalent share of GDP. And, as it turns out, the end of the program also marked the beginning of a generation-long productivity slowdown“ that lasted until the 1990s internet boom. Interestingly, two of the leading books on the history of American economic and productivity growth — “A Great Leap Forward” by Alexander Fied and “The Rise and Fall of American Growth” by Robert Gordon — ignore the space race. They don’t, however, ignore the IT revolution. Now one can certainly give some creditfor America’s eventual tech boom to the foundation laid in the 1960s, but it took time. Maybe it’s a bit too soon to write off the benefits of three billion humans having a supercomputer in their pocket.

2. Is Facebook less impressive or important than Apollo? Both are impressive feats of engineering, though I readily concede that I found the recent “Apollo 11” documentary more inspiring than “The Social Network.” But think about the perspective given by Earthrise, the famous picture of Earth taken from lunar orbit by Apollo 8. Or the Pale Blue Dot, the famous image of Earth taken by Voyager 1 from 4 billion miles away, our planet a speck of light just 0.12 pixel in size. As Carl Sagan wrote about PBD, “To me, it underscores our responsibility to deal more kindly with one another, and to preserve and cherish the pale blue dot, the only home we’ve ever known.” We’re all in this together, our fates connected whether we like it or not. And it’s that sense of connectedness and sharing — and our deep desire and need for it, whether it is sharing photos of grandkids or finding others with similar interests — that explains why social media is so popular and why people say they would need to be paid hundreds or thousands of dollars to give it up — the same with Google and Amazon.

3. Are America’s entrepreneurs and technologists really no longer dreaming big dreams? To some degree, Hawley’s entire op-ed is a riff on Peter Thiel’s “We wanted flying cars, instead we got 140 characters” zinger. Of course, most depictions of flying cars are fantastical and defy the laws of physics. But look at what’s happening inside Big Tech: billions are being spent looking for the next big market or transformational technology (just the opposite of fat and happy monopolists who could care less about consumers and potential competitors). It’s odd to use Apollo to attack Silicon Valley when tech billionaires are leading America back to space. It’s also strange to put the entire burden of America’s technological future on the private sector after Washington’s decades-long retreat from R&D.

4. Finally, it’s wrong to suggest or even hint that we’re missing out on some amazing tech advances because too many of our smartest people are working on consumer-facing products. Where are all the amazing tech advances coming from in Europe, a region of more than 500 million well-educated people which lacks anything like AppleAmazonFacebookGoogle? And again, what about Washington’s role in both public investment and setting some big national goals?

I would urge all policymakers to read “Ideas aren’t running out, but they are getting more expensive to find” by Nicholas Bloom, Chad Jones, John Van Reenen, and Michael Webb. From that analysis:

The rate of productivity growth in advanced economies has been falling. Optimists hope for a fourth industrial revolution, while pessimists lament that most potential productivity growth has already occurred. This column argues that data on the research effort across all industries shows the costs of extracting ideas have increased sharply over time. This suggests that unless research inputs are continuously raised, economic growth will continue to slow in advanced nations.

Demonizing Silicon Valley is no way to push forward the technological frontier.

This article by James Pethokoukis first appeared AEIdeas in August 2019.