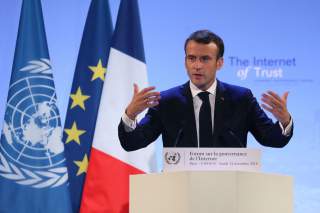 Every day, billions of denizens of the digital domain buy goods, find news, and locate business opportunities online. The internet’s reputation as a reliable go-to for tackling life’s challenges, though, may soon change as finance ministers across the G20 ready plans for a crippling new “digital services tax.” If public officials from around the world have their way, consumers would face higher prices and worse access to the sites they rely on to live their lives. Instead of imposing onerous taxes, governments across the globe should step aside and allow for continued innovation across the internet.

Since the start of the decade, public officials across the developed world have lamented the tendency of “greedy” tech companies to “park” in tax-competitive jurisdictions such as Ireland. Governments want their slice of the action, and on June 8, a group of G20 finance ministers agreed to “close loopholes” that they claim tech companies use to shift around income and keep tax bills low. Through raising taxes on Facebook, Google, and Apple, and their countless startup competitors, governments naively hope to raise billions of dollars that they could use to prop up decaying infrastructure and defray soaring pension costs.

But higher taxes would mean mass misery, as consumers face the prospect of having to pay for searches or their favorite social networks. In reviewing what the evidence has to say about the impact of digital taxation, consultancy PricewaterhouseCoopers notes, “consumers bear the burden of indirect taxes such as turnover taxes, value-added taxes, excise taxes, and sales taxes in the form of higher prices...”

Most digital services provided by companies such as Facebook and Google are currently free of charge, and tacking on any fees to basic products would hamper millions of users that have come to rely on their services. Additionally, for countless small businesses and entrepreneurs that benefit from Google and Facebook’s advertising businesses, higher fees could make services only available to larger companies with a treasure trove of resources.

In crafting ideal digital tax policy, though, countries around the world should also keep in mind the search engines and social media platforms of the future. Before leading tech companies obtained a critical mass of internet users flocking to their websites, they built out their networks and spent years in the red.

Facebook wasn’t cash flow positive until 2009, a full five years after its founding. Proposed digital service taxes across the world target revenues, so even if a company’s costs are higher than revenues and they’re failing to turn a profit, they still will be subject to the tax. Because these levies target revenues instead of profits, digital tax schemes will prove especially difficult on up-and-coming websites fighting for a chance to make a splash in the digital domain.

A plethora of platforms, such as MeWe and Ello, offer small tweaks on the usual social media experience and hope to eventually unseat giants such as Facebook and Twitter. They may well be quashed, however, by governments bent on making a dime on start-ups’ expense. For now, governments such as the United Kingdom and Spain—which are on the cusp of implementing digital taxes—promise that high revenue thresholds will allow small companies a reprieve from having to pay more money to the government.

But new, promising companies rely on large investments from more established firms, well before they reach consistent profitability. What this means is those small startups may still be affected because digital tax schemes confuse large business bank accounts with success and market power, leading to innovative emerging companies falling into a tax trap designed for more established players. In addition, even if revenue-desperate governments don’t lower the threshold in coming years, they are particularly bad at keeping thresholds tied to inflation. “Tax creep” would ensure that, over time, smaller and smaller companies would get ensnared in digital taxation.

G20 governments’ insistence on moving forward with this anti-startup tax is particularly strange, given many of these countries’ focus on the alleged problem of large digital companies having too much market share. For instance, in March, the European Union fined Google nearly $2 billion for allegedly abusing its power in online advertising. In the United States, the Department of Justice has begun preparations for an antitrust investigation of Google. Any market concentration would simply get worse with an international taxation regime targeting any revenue earned by a digital company looking to make a name for itself.

An onerous digital tax regime would limit options for consumers, and ensure that the remaining options become prohibitively expensive. Many would be harmed, with only a narrow political class standing to gain from the influx of digital tax dollars. Nations around the world have a historic opportunity to discard this deeply-flawed taxation scheme, and to instead reduce barriers for digital companies to invest in more and better services for consumers. Bureaucrats need to bolster, not squash, the digital domain which billions rely on every day.