Donald Trump Is Bringing Landmines Back 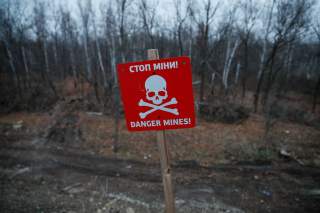 President Barack Obama tried to end the United States’ use of anti-personnel land mines, but President Donald Trump is bringing them back.

The Obama policy sought to match the 1997 Ottawa Convention Treaty guidelines, to which the United States, China, and Russia are not signatories. The new policy will allow the Department of Defense to use antipersonnel land mines to maintain necessary tactical capabilities to win on future battlefields.

The decision to lift the restrictions stems from a Department of Defense reviewinitiated by then-Secretary of Defense James Mattis in 2017 that found antipersonnel land mines were a necessary tool for the military.

This decision comes as our military shifts focus from counterinsurgency to potential conflict with Russia and China and the growing threats they pose to U.S. global influence.

This decision allows commanders to combat adversaries who possess the same technology and are willing to use it on the battlefield. It would be particularly important in conflicts against advanced armies with technology and large numbers of troops to commit to the battle.

Human rights groups and others have raised concerns regarding the potential for civilian casualties and whether these weapons are effective.

But as Ted Bromund, a senior research fellow at The Heritage Foundation, commented, concerns have been hyperbolized and statistics inaccurately reported as casualties caused by IEDs and unexploded bombs often are lumped in with land mine statistics.

Moreover, our military’s land mines are designed to self-destruct and some can be remotely controlled by individual soldiers using sensors and satellite technology. Sensors in the land mines would be triggered to alert operators to any movement. Then, soldiers operating the mine would make the decision to detonate the weapon. This differs from previous mines, such as the Claymore mine, which is triggered by the target.

In addition, these land mines would be deployed only under the explicit orders of combatant commanders, demonstrating the restraint with which the Department of Defense will use land mines.

Other countries threatened by states such as Russia have been testing and fielding their own land mine weapon systems. Since 2014, Finland has been developing antipersonnel land mines to protect itself from Russian aggression.

Our next conflict might well come against an enemy who has not disarmed itself on land mines. Eliminating our self-imposed ban on antipersonnel land mines will enable our forces to shape the battlefield in a manner that will degrade the enemy’s capability to maneuver forces and allow the U.S. to protect its forces and win.

This article first appeared in The Daily Signal on February 10.

Image: A landmine warning sign is seen near the contact line between Ukrainian troops and pro-Moscow rebels in the settlement of Stanytsia Luhanska, Ukraine November 20, 2019. REUTERS/Gleb Garanich