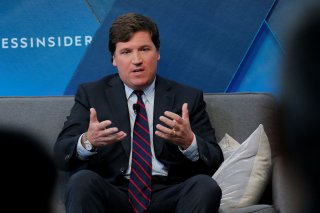 Yesterday, President Donald Trump invoked the Defense Production Act of 1950 to order the 3M Company to cease the exportation of respirator masks. The multinational conglomerate, headquartered in Minnesota, manufactures over 60,000 different products related to the fields of industry, worker safety, health care, and consumer goods. The U.S. government is asserting that due to the coronavirus pandemic, 3M must limit its products to the American market, while 3M contends this action will have negative consequences.

Trump’s executive order commands the Department of Homeland Security to “use any and all authority available under the Act to acquire, from any appropriate subsidiary or affiliate of 3M Company, the number of N-95 respirators that the Administrator determines to be appropriate.”

Fox News host Tucker Carlson, at times an informal advisor to the president, did a segment about the 3M situation last night, decrying the company’s practice of putting consumers in other countries before those of the United States. He interviewed Jared Moskowitz, director of the Florida Division of Emergency Management, who as a government official has been attempting to purchase personal protective equipment for his state.

“What I asked 3M is that, are they aware that their authorized distributors—U.S. companies—are telling me that the reason our orders are being pushed down is because foreign companies are showing up with cash to purchase the orders?” Moskowitz recounted to Carlson, explaining that 3M was doing nothing to prevent shipments already ordered in the United States from leaving the country.

“You said, ‘why can’t I get it?’ And they basically said, ‘We have no control. Our dealers are selling some of these masks to foreign countries because they got there first or they’re paying cash.’ And you said, ‘Well shouldn’t you tell your distributors to make a priority for America? For the states, for the local governments, our first responders, physicians, nurses, EMTs?’ And they said, ‘No we haven’t done that,’” summarized Carlson back to Moskowitz, who said that is exactly what occurred.

The company is adhering to their defense that they are cooperating with the administration to ensure as many face masks are produced for the United States as possible.