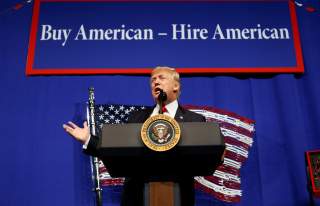 Employers hire H‑2B guest workers to fill seasonal or temporary jobs in nonagricultural industries. Employers face an incredibly small cap imposed by Congress of 66,000 visas—a cap which has already disappeared for 2020. While Congress has granted the authority to the Department of Homeland Security to raise the cap, it has failed to announce any increase so far.

This administration may be reluctant to raise the cap because H‑2B workers are seen as low‐​skilled. While they are certainly lower‐​skilled than physicians and computer programmers who enter under the H‑1B visa program, employers still pay wages—which the Department of Labor regulates and approves—to H‑2B workers that far exceed the low‐​end of the wage scale.

The H‑2B program provides critical labor for employers that the Department of Labor determines cannot find U.S. workers to fill the jobs. Despite offering wages far above the state minimum wages, businesses still cannot obtain enough qualified candidates to take these difficult jobs in industries like landscaping, forestry, and meat packing. The Department of Homeland Security should raise the cap as much as it legally can this year to help fill these jobs.