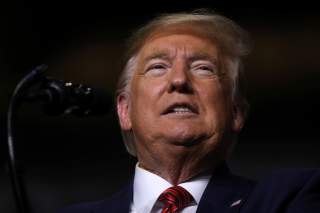 Is President Trump a Twitter addict? He may not know – but he could find out, as could members of the general public concerned about their own use of social media.

Addiction, whether it’s to drugs, alcohol, exercise, sex or social media, is best understood as continuing a behavior despite its negative consequences for you and others around you. And, yes, people can be addicted to behaviors like tweeting. Anything that produces pleasure in a person’s brain can lead to addiction.

For a new edition of my book “Too Much of a Good Thing: Are You Addicted to Your Smartphone?,” I built on my work studying smartphone addiction to develop a Twitter addiction scale. It’s based on the six core components of any addiction: integration, euphoria, tolerance, withdrawal symptoms, conflict and relapse. These factors evaluate how much a particular behavior – such as drinking alcohol to excess, gambling or tweeting – is embedded in, and harmful to, a person’s life.

The Twitter addiction scale is a fairly simple process, involving agreeing or disagreeing with two sentences on each of those six components. Agreeing scores a point; disagreements score zero. (If you’re hoping you’re not addicted, you want a low score.)

First is integration – how ever-present the behavior is in daily life.
1. I send tweets throughout the day.
2. I feel compelled to tweet my opinions on topics important to me.

Next is euphoria, whether there is a feeling of anticipation or excitement around the behavior.
3. I feel great when my tweets get a lot of attention.
4. I feel better after tweeting something that needs to be said.

Then we look at tolerance, the need for an ever-increasing “dose” of the behavior to achieve the desired “high.”
5. Recently, I find myself tweeting more and more.
6. I spend more time tweeting than I should.

After that comes withdrawal: feelings of irritability, stress, anxiousness, desperation and even panic that arise when not engaged in the behavior.
7. I get anxious when I can’t tweet out my thoughts on something.
8. I would go into a panic if I lost access to my Twitter account.

Next is conflict, the degree to which the behavior impedes relationships with other people.
9. I have had serious arguments with others over my tweeting.
10. My romantic partner says I need to cut back on my tweeting.

It’s possible to discern from his behavior and public statements, and from media coverage of his tweeting, the responses Trump would likely give.

By this measure, President Trump’s Twitter addiction score is 10 out of 12.

Scores 8 and above indicate full-blown addiction to Twitter. As with any addiction, a qualified health professional may be able to help. Self-help is also an option: Set aside times and places in your day where smartphone use is forbidden. Write up a social contract that lists acceptable and unacceptable smartphone uses and enlist a trusted friend to keep you accountable, meting out punishments and rewards as appropriate. Technology itself can help, too: Many apps are available for monitoring and limiting smartphone use. For example, President Trump could block his own access to Twitter on Saturdays, when he has sent some of his most inflammatory tweets.

Scoring from 5 to 7 indicates the person is at a crossroads regarding Twitter, and could benefit from setting limits on tweeting. People who score 3 or 4 are in pretty good shape. Those who score from 0 to 2 either don’t use Twitter or have excellent self-control; they can cross “Twitter addict” off their list of concerns.

It’s unlikely Trump will ever stop tweeting entirely. But if he takes his apparent addiction seriously, his tweets could shift in tone and frequency, becoming a kinder, gentler form of presence on social media.