Donald Trump's Defense Budget Is Not an Increase. Here Are All the Problems. 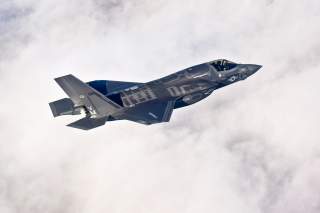 In the Defense Department’s just-released budget request for fiscal year 2021 spending is up — but only in the most technical sense.

The request asks for $740.5 billion in discretionary spending. That’s in line with the Bipartisan Budget Act of 2019. It’s a 0.3% increase over the FY20 defense budget.

But it is effectively a cut. Defense inflation has historically been around 2% of the budget. Any increase of less than $14 billion amounts to a reduction in purchasing power for the Pentagon.

The Department of Defense was able to alleviate some of the budgetary pressure through its defense-wide budget review. In the review, based on Defense Secretary Mark Esper’s similar efforts in the Army, the Department was able to save more than $5 billion dollars and reinvest those resources in higher priority areas. The process is planned to continue in all areas of the Department, from the military services, to the combatant commands, and other organizations under the control of the Secretary.

It is a very laudable effort to perform this type of review, and it should indeed continue. However, it is not a replacement for properly funding the Department of Defense.

Because of the flat budget, the Department of Defense made multiple choices that were biased towards maintaining current readiness and developing future capabilities while reducing the purchase of currently available capabilities. The Navy’s requested budget shows a reduced ship-building account. The Air Force is requesting fewer F-35s than last year, even though the program is primed to deliver more units.

These types of choices add up to a requested procurement account that is $6.9 billion smaller than the appropriated funds in fiscal year 2020. Meanwhile, the Research, Development, Testing and Evaluation account has a requested increase of $2.1 billion for the coming fiscal year.

These type of reductions in procurement quantities in favor of future capabilities mean that the force is taking an increased risk in near-term capabilities. If we follow along this path, there might come a time in which our equipment is too old to be maintained and research efforts have yet to produce something. The Pentagon leaders will have to explain to Congress and to the American people what this actually means.

The biggest increase in the requested budget is on military personnel, which is requested to increase by $8.8 billion. However, this increase is not a direct result of increased personnel. Personnel is slated to grow by just 5,500. Of those, 5,300 would be in the Navy. The Air Force, on the other, would move 6,434 personnel to the Space Force.

The Space Force has its first budget request totaling at around $15 billion dollars; of those funds, more than $10 billion are dedicated to research and development. However, the Space Force needs to get Congressional authorization to incorporate space assets from other services as well. Currently, the Space Force is being constructed solely out of the Air Force.

The request also reflects that the Trump administration plans on holding the defense budget at inflationary growth in the near future and then holding it constant until the end of the 10-year projection. If these plans come to pass, it would mean that the tradeoffs described above have to continue.

The defense budget ought to be a careful balance between three major activities: being ready today; buying contemporary capabilities for the next 5 to 10 years; and preparing for the next decades. This budget tilts the playing field in favor of today and the next decades. The Trump administration needs to explain the type of risk that the nation will be incurring in the near future.

Frederico Bartels is a policy analyst for defense budgeting in the Kathryn and Shelby Cullom Davis Institute for National Security and Foreign Policy at The Heritage Foundation (heritage.org).