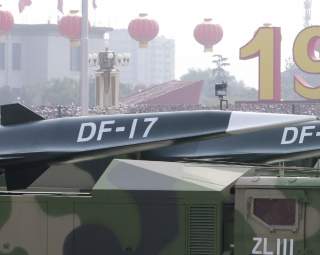 The 2010 New Strategic Arms Reduction Treaty (New START) expires in one year. Unfortunately, President Trump’s attitude seems to reflect disinterest, if not antipathy. Last April he asked for a proposal to involve Russia and China and cover all nuclear arms, but it has yet to emerge. Neither Moscow nor Beijing has shown any real interest in the concept.

Little suggests grounds for optimism about nuclear arms control as long as Mr. Trump remains president. Change will require that the Democratic candidate win in November. His or her administration would then have to move immediately to extend New START before exploring additional measures that could usefully regulate an ever more complex arms competition with Russia and others.

President Trump seems to understand little about nuclear arms or how agreements negotiated to constrain them enhance America’s security. During his January 2017 call with Russian President Vladimir Putin, he reportedly was unfamiliar with New START.

In February 2019, the Trump administration gave six months’ notice of its intention to withdraw from the 1987 Intermediate-range Nuclear Forces (INF) Treaty. That treaty, signed by Ronald Reagan and Mikhail Gorbachev, banned all U.S. and Soviet land-based missiles with ranges between 500 and 5,500 kilometers.

Russia violated the INF Treaty by testing and deploying the 9M729 land-based, intermediate-range cruise missile.  While asserting that it wanted to bring Moscow back into compliance, the Trump administration showed little strategy for doing so.  It eschewed military and political measures that would have raised the costs to the Kremlin of its violation and might have affected Moscow’s calculation.

The demise of the INF Treaty last August leaves New START as the only treaty constraining U.S. and Russian nuclear forces. New START limits each country to no more than 1,550 deployed strategic warheads on no more than 700 deployed strategic missiles and bombers.  In contrast to the INF Treaty, Russia has complied with New START’s limits.  The compliance concerns expressed to date come from Russian officials, who challenge the adequacy of processes used to convert some U.S. strategic missile launchers and bombers so that they no longer count under New START.

New START expires by its terms on February 5, 2021. It can, however, be extended by up to five years by agreement between the countries’ presidents. Mr. Putin has stated that Russia is ready to extend without preconditions. Instead, Mr. Trump wants a negotiation to limit all U.S. and Russian nuclear weapons as well as bring China into the equation. Both are desirable—but highly unrealistic—goals.

Moscow has long declined to discuss limits on non-strategic nuclear weapons unless the United States discusses issues such as limits on missile defense, but the Trump administration’s 2018 missile defense review stressed no constraints on missile defenses. Absent a readiness to address issues of concern to Moscow, Mr. Trump will not succeed in negotiating limits covering all U.S. and Russian nuclear arms.

In mid-January, U.S. and Russia officials held strategic security talks covering a range of issues.  They agreed to further meetings—which is good news—but nothing suggests progress toward a negotiation that would include all nuclear arms and bring in China.

Nine months after Mr. Trump expressed interest in going big on arms control, his administration has offered no concrete ideas as to what limits it wants or how it would persuade Moscow and Beijing to join its desired trilateral negotiation. That could mean internal disagreement within the U.S. government. It fuels suspicion that the proposal seeks to divert attention from the administration’s failure to extend New START.

Extending New START to 2026 should be a no-brainer. Doing so would maintain the treaty’s limits on Russian strategic forces when Moscow has hot production lines running (U.S. production of new strategic bombers, submarines and missiles will begin in earnest only in the mid-2020s). Extension would continue the flow of information about Russian forces provided by the treaty’s data exchanges, notifications and inspections, which helps the Pentagon avoid costly worst-case assumptions. It would offer a mechanism for addressing exotic new kinds of Russian strategic weapons. Extending New START would achieve all this without forcing the U.S. military to alter any part of its strategic modernization program, as that program was designed to fit within New START’s limits.

Unfortunately, the administration’s attitude toward the INF Treaty and New START give little reason to think anything positive will happen on the arms control agenda under Mr. Trump’s watch. Change will require the Democratic candidate wins in November.

If the Democrats were to win, New START extension would demand urgent attention from the incoming president. He or she would take the oath of office on January 20, 2021—just 15 days before the treaty’s expiration date. The new president should immediately agree to Mr. Putin’s offer on extending the treaty.

If extension were decided, U.S. and Russian officials could use the treaty’s Bilateral Consultative Commission to take a more serious look at Russian concerns about conversion of U.S. strategic systems and the new kinds of strategic arms under development in Russia, such as the Poseidon nuclear-armed, nuclear-powered torpedo.

During the Cold War period, strategic stability—a situation in which neither Washington nor Moscow had an incentive to strike first with nuclear weapons, even in an intense crisis—required a relatively straightforward calculation.  It focused on the strategic nuclear weapons of each side.  As long as each had survivable strategic forces capable of devastating the other, even after absorbing a first strike, stability could be maintained.

Today’s stability model is far more complex. It is multi-domain, including missile defense, conventional strike, cyber and space operations in addition to nuclear arms. It is multi-player, as third-country actions have to be factored into stability calculations.

U.S. and Russian security officials should discuss the challenges posed by this new era. The talks might not spin off specific negotiating agendas, at least not immediately. To get negotiations started, both sides would have to weigh trade-offs. Realistically, if Washington wants Moscow to negotiate non-strategic nuclear weapons, it would have to consider addressing Russia’s concerns on missile defense. However, even absent new negotiations, a structured discussion venue would allow U.S. and Russian experts to exchange views and better understand, and perhaps alleviate, the other side’s concerns.

A new administration should seek a parallel set of discussions with China. Seeking negotiated limits on Chinese nuclear forces would pose a wildly impractical goal, at least in the near term.  The dialogue might instead usefully begin with an exchange of views on concerns about the other’s force structures and doctrines. It might later seek to move China toward some transparency on its total nuclear weapons number and a unilateral commitment not to increase that number if the United States and Russia continue to limit and reduce their nuclear arms.

As for the INF Treaty, the Russian military wants the 9M729, and the Pentagon has four different land-based missiles under development or planned with ranges that the treaty would have prohibited. While the 9M729 reportedly can carry nuclear or conventional warheads, the Russian military appears interested primarily in its conventional capability. All four of the Pentagon’s planned intermediate-range missiles are intended to be conventionally armed. This opens the possibility of a negotiation to ban land-based, intermediate-range missiles armed with nuclear warheads. That would pose verification challenges, but they should not prove insurmountable.

Extending New START, strategic discussions with Russia and China, and the possible negotiation of an agreement to ban land-based, intermediate-range missiles armed with nuclear warheads comprise a more modest agenda for nuclear arms control than many would like. These measures nonetheless would provide useful guardrails for the nuclear competition between the United States and its two peer military rivals. They would provide time to consider further steps to reduce nuclear risks and enhance strategic stability in the modern era.  Unfortunately, little suggests that Mr. Trump is prepared to take such steps. They will have to await his successor.

Steven Pifer is a William Perry research fellow at Stanford’s Center for International Security and Cooperation.