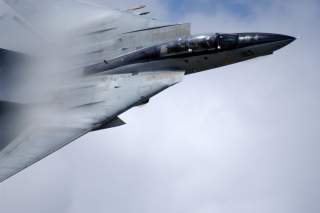 After having been reestablished in May 2012, the Strike Fighter Squadron (VFA) 101 was officially reconstituted on Oct. 1, 2013 when the rollout ceremony for the delivery to the U.S. Navy of its first F-35C Lightning II was held at Eglin AFB by the 33rd Fighter Wing, the joint USAF – U.S. Navy – USMC F-35 training unit. With the delivery of the first F-35C, the Grim Reapers have become the Lightning II Fleet Replacement Squadron (FRS), a role already played in the past by the then Fighter Squadron (VF) 101 for iconic aircraft such as the F-4 Phantom and the F-14 Tomcat, before the squadron was disbanded in 2005.

The origins of the Grim Reapers traceback after the battle of the Coral Sea, when they were formed as VF-10 by Jimmy Flatley, the legendary World War II naval aviator, who chose the Grim Reaper as the squadron name along with the slogan, “Mow em Down!”, that the unit practically did when the VF-10 pilots shot down many Japanese aircraft in the skies above the Solomon Islands with their Grumman F4F Wildcats. Flatley became the first Grim Reapers commanding officer and he began the squadron tradition in training fighter pilots when he taught the art of the aerial combat to its young pilots, among whom there were naval aviators such as Edward L. Feightner and Martin Carmody.

Disestablished in 1945, the Grim Reapers were reactivated as VF-101 in 1952, flying several types of fighters such as the Vought F4U Corsair, the McDonnell F2H Banshee and the Douglas F4D Skyray before receiving the McDonnell Douglas F-4 Phantom in the 1960s.

The Grim Reapers and the Flatley family crossed again their fates, when the VF-101 began operating the Phantom and James Flatley III (who was son of Jimmy Flatley and the pilot who completed 21 full-stop landings and takeoffs in a Lockheed C-130 Hercules aboard the aircraft carrier USS Forrestal) became a Grim Reaper when the squadron was a schoolhouse based at NAS Oceana for training fighter pilots and Radar Intercept Officers (RIOs) in the latest tactics. James Flatley III reached the rank of Rear Admiral, as Jimmy Flatley did, contributing to the naval aviation community in the “Flatley family style.”

In Jan. 1976, the VF-101 began operating and instructing aircrews and maintainers in the F-14 and when the west Tomcat training counterpart, the VF-124 Gunfighters, was disestablished in 1994, the Grim Reapers remained the sole F-14 FRS. During its F-14 days, VF-101 aircrews were also tasked to fly the Tomcat during the air shows, demonstrating the F-14 flight characteristics. These displays were so beautiful to impress also pilots from other services, as happened to the former U.S. Air Force SR-71 Blackbird pilot Brian Shul who explains in the book Grumman F-14 Tomcat Bye-bye, Baby…!: “I was at the big Nellis air show, and everybody was buzzing about the first public demo of the F-22. Lots of generals in the bleachers, the whole deal. The F-22 demo was just plain lame. Hard deck of 1000 feet AGL (Above Ground Level), weak turns, no high speed passes. Like they’ re afraid to break the thing, which they were. Who’s up next on the schedule? Why, the Tomcat, of course. These guys just beat the place up. Flog this Air Force mercilessly. The crowd goes bananas, and I’m yelling along with them. Tell me who those two lunatics were, and I’ll buy them a cocktail.”