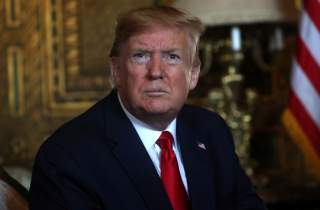 Social media’s role in influencing voters promises to be front and center as we count down to the US presidential election in November and New Zealand’s parliamentary election in September. Social media platforms will undoubtedly play an even more prominent role than it did the last time these elections were held: one need look no further than the United Kingdom’s 2019 plebiscite or Australia’s 2019 federal election for proof.

The Australian and UK elections showed that in an internet-enabled world where the attention of voters is scattered widely, no single medium exists in which a consistent message can be shared simultaneously and equally with all voters. Political advertising, just like advertising for products and services, has become both fragmented across a range of media and increasingly targeted to the specific tastes and preferences of individual voters. Furthermore, it has become increasingly more difficult to discern the differences between authorized advertising paid for by campaign officials (and accounted for in electoral expense filings) and posts by members of social media communities (both “fake news” and well-meaning messages that influence voters not accounted for in official electoral spending).

The potential for social media platforms to be used for both good and bad politically is well recognized by their operators. It’s in the firms’ interests to enhance their credibility by minimizing malfeasant use. On the one hand, they face a conflict between pressure to take down mendacious member-posted material while also trying to be seen as facilitating free speech. On the other, they face pressure regarding their role in facilitating the targeting of advertisements to specific individuals by way of their algorithms making use of their proprietary member information.

In March 2019, Facebook launched its Ad Library in an effort to increase transparency by allowing the public to search all current and archived ads running on the company’s platforms both currently and in the past. The library shows the amount of money spent to run an ad, the number of impressions it received, and information about the ad’s history, including the primary country of the person managing the page the ad appears on, the total spend on the ad over specific time periods, and any page mergers or name changes.

Learning from the UK?

While Facebook’s move is to be commended, its platforms are but a subset of all the social media outlets that are used for political purposes. A role still exists for individual electoral agencies to exercise some control within their jurisdictions.

Prior to the UK election, its Electoral Commission conducted an inquiry and provided recommendations for governments, social media companies, and campaigners. These included (for governments) changing the law to require electoral ads contain an imprint saying who is behind it and who created it (as occurs currently for print and television ads), and amending rules for campaign spending to require campaigners to account separately for spending on social media advertising.

A role for electoral authorities?

While the UK rules appear sound with regard to managing electoral spending at an aggregate level, they fall short of solving the fragmented distribution of content across different subsets of voters. This distribution pattern makes it difficult for any interested party (and in particular, reporters, commentators, and news aggregators) to observe the full range of messages distributed by any one party across all media. While an ad may carry a name as the authorizing party, it’s not easy for a consumer to identify whether the name information is legitimate.

This all begs the question of whether electoral authorities have a role to play in maintaining (or commissioning the creation of) a register of authorized electoral messages. Authorities could mandate that ads be registered by candidates or their agents and issued a hashed code which, when embedded in the message, could be used by the viewer to access the original ad and verify its legitimacy or authenticity. The electoral authority could also facilitate the aggregation of ads registered by specific authorizing entities (e.g. political parties or individual candidates), enabling an interested party to see all messages from that authority, not just those targeted to them specifically on social media. Such an activity certainly increases transaction costs, but the greater assurance that messages are authentic and authorized, and the ability for electors to access a complete set of electoral messages (and not just a subset selected by their social media providers) mean that the benefits surely outweigh the costs. Plus, the greatest benefit of all is some restoration of confidence in the democratic electoral process itself.

This article first appeared at AEIdeas.