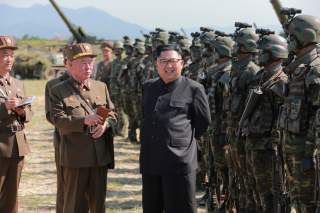 Key point: North Korean special forces have evolved from a nuisance force designed to stage attacks in the enemy’s rear into something far more dangerous.

This piece first appeared several years ago. It is being republished due to reader interest.