Double Trouble: How Some Countries Will Have to Face Both Hurricanes and Coronavirus at the Same Time 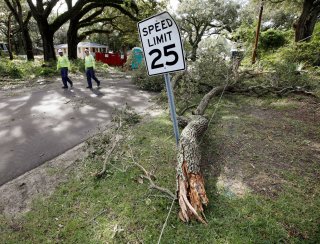 In just over a month’s time, the US Atlantic hurricane season will begin. This means a series of big storms may hit the country for around six months until the end of November. With the US currently facing more than one million cases of COVID-19 and a death toll of more than 60,000 so far, the hurricane season will further stretch resources and emergency services already under extreme pressure.

Preparing for the hurricane season can never start too early. The earlier and better people are prepared means fewer lives will be lost and economic damage limited. But the most serious preparations such as pre-season forecasts and tropical cyclone predictions begin nearer the time. Typical hurricane readiness measures include gathering information about approaching hurricanes, planning and enacting federal, state and local government guidelines, encouraging people to have a family hurricane survival plan and ensuring basic emergency supply kits are in place.

The National Oceanic and Atmospheric Agency (NOAA) recently published its spring outlook, pointing to regions along the US east coast being 60-70% warmer than normal. And this is only the spring – the predicted summer outlook for the same areas looks like being even higher than that figure.

A devastating season ahead?

With warmer than usual summer conditions expected, Colorado State University has predicted that the 2020 hurricane season will be more active than normal, because warm air perpetuates the cycle of building and maintaining hurricane strength.

Tropical cyclones, hurricanes and typhoons are part of the same phenomenon, and when they make landfall their powerful winds cause serious damage to coastlines. Another hazard associated with hurricanes are storm surges, which are abnormal rises in sea levels caused by cyclonic winds pushing water towards the coast and causing flooding.

Particularly devastating storms hit the US between 2016 and 2019, including hurricanes Matthew (2016), Harvey-Irma-Maria (2017), Florence & Michael (2018) and Dorian (2019). With the current COVID-19 pandemic situation isolating people, many in traditionally affected areas will be anticipating the hurricane season with a greater sense of dread than usual.

The Federal Emergency Management Agency (FEMA), the US government agency responsible for coordinating disaster response, has said that, although the coronavirus has interfered with some preparation and training, it is ready to deal with the approaching hurricane season. It is thought that by reallocating staff focusing on long-term work from previous disasters to concentrate on this year’s fallout, FEMA should be able to cope.

Residents living along the east coast of the US are familiar with the standard procedures to be followed during a hurricane season, such as adhering to weather warnings and advice and testing sirens in coastal towns. Local authorities and emergency responders will have initiated their protocols for flooding, hurricanes and tornadoes during the pandemic. But there will be knock-on effects, not just for emergency responders, but also for emergency resources and supplies, since much of these will have been used during the coronavirus outbreak.

While wealthy developed countries are in a better position to cope with hurricane season in the midst of a pandemic, this may not be the case for other less affluent countries. Antigua, Barbuda, the Dominican Republic, Guadalupe, Jamaica and St Lucia are just some of the more vulnerable islands struggling with coronavirus that lie in the path of hurricanes.

Currently in lockdown, the Philippines normally faces an average of 20 typhoons per season. In 2013, the country experienced widespread devastation during the super-typhoon Haiyan, recording more than 7,000 deaths. Any country like the Philippines that fits the disaster risk profile, will prepare and execute its usual response strategies. But preparedness this year greatly depends on the country’s economic capacity.

Hospitals which are critical during this global pandemic depend on continuous power supply and utilities that can be severely disrupted by hurricanes. During Hurricane Sandy (2012) the states of New York and New Jersey experienced a power outage that affected eight million homes and businessess. In 2017 hurricane Maria ravaged the Caribbean island of Puerto Rico, which was without power for 100 days. Right now, any country experiencing rapid growth in COVID-19 may find hard to cope with big storms unless proper measures are in place.

With the hurricane season looming, and the US still under lockdown (albeit with an increasingly restless population) and the death toll still rising, staying at home is still necessary to get the disease under control.

During a hurricane evacuation, people are expected to evacuate their coastal communities and move to safer, higher ground or emergency shelters. But mass evacuation would render social distancing impossible. The two competing situations will leave countries battling a pandemic and hurricane fall-out simultaneously. With several big storms predicted, it will be a testing time for the US and its Caribbean neighbours.