Due to Coronavirus Lockdowns, Earth's Crust Is Shaking Less 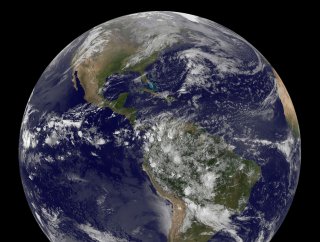 Crowded city streets and rush hours are now a thing of the past. Amid the COVID-19 pandemic, this is the new reality in which millions around the world are hunkering down in their homes and looking at the outside through their windows.

The world seems to be much quieter. And now, seismologists all across the globe can actually see from data that this is indeed true. The collective array of vibrations caused by vehicles, trains and people on a daily basis has come to a screeching halt, and as a result, the Earth’s crust is vibrating less.

After ordering school and business closures and incorporating social-distancing measures, the European city of Brussels has seen about a 30 to 50 percent reduction in ambient seismic noise, according to CNN. The vibration levels are now on par with what is usually seen on Christmas Day.

With the relative absence of people and cars moving about, scientists believe this may be beneficial to seismologists, as it will now enable them to detect minor earthquakes that were often washed out by everyday noise and vibrations.

Such lack of human and machine activity has been felt in other major cities as well, such as London and Los Angeles. One PhD student at the California Institute of Technology tweeted, “The drop is seriously wild.”

What the reduction in overall seismic activity is showing is that people are in fact adhering to social-distancing guidelines that were set forth by their respective governments.

“From the seismological point of view, we can motivate people to say, ‘OK look, people. You feel like you're alone at home, but we can tell you that everyone is home. Everyone is doing the same. Everyone is respecting the rules,’” Thomas Lecocq, a geologist and seismologist at the Royal Observatory in Belgium, told CNN.

However, if these reductions in vibrations weren’t witnessed around the world, it means that people are not following orders to stay home and minimize outdoor activities.

“That could be used in the future by decision-makers to figure out, ‘OK, we're not doing things right. We need to work on that and make sure that people respect that because this is in the interest of everyone,’” Raphael De Plaen, a postdoctoral researcher at Universidad Nacional Autónoma de México, told CNN.

He added that the experience of people following these government-mandated measures would surely help during future pandemics.