Eagle From Nazi ‘Pocket Battleship’ Ordered To Be Sold 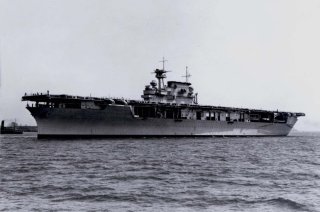 It is common knowledge today that after Adolf Hitler's Nazi party took power in Germany in 1933, the nation began to rearm its military in direct opposition to the restrictions placed upon it by the Treaty of Versailles. Yet, in fact, the rearmament of the German Reichsmarine (Navy), later renamed Kriegsmarine, began during the Weimar Republic with the building of a new class of heavy cruisers.

In total, three Deutschland-class warships were built between 1929 and 1936, and due to their heavy armament, the British referred to them as "pocket battleships." With the speed of a cruiser and the firepower of a capital ship, the pocket battleships seemed ideally suited for a specific purpose: commerce raiding.

That is exactly how Graf Spee, one of the three Deutschland-class pocket battleships, was utilized soon after the outbreak of the Second World War. Deployed to the South Atlantic, she engaged in commerce raiding against Allied merchant ships and successfully sank nine vessels between September and December 1939. In the first naval battle of World War II, she was finally confronted by three British cruisers off the coast of Uruguay during the Battle of the River Plate on December 13, 1939.

While Graf Spee had managed to inflict heavy damage on the British warships in the engagement, she was also damaged in the action and was forced into the port of Montevideo in Uruguay. Opposed to letting the ship be captured but unable to make for the open sea, Captain Hans Wilhelm Langsdorff ordered the pocket battleship to be scuttled. Three days later, he committed suicide in Buenos Aires, Argentina.

The wreck was partially broken up "in situ" (on site) during the war, and the British government even used a Montevideo-based engineering company as a front to purchase the salvage rights. The British Admiralty had sought to find and recover a radar range finder due to the accuracy of the Graf Spee's guns during the Battle of the River Plate. The recovered range finder did help the Royal Navy develop countermeasures, but the Admiralty still complained about the large sum paid for the salvage rights.

The wreck of the Graf Spee remained in Montevideo harbor, and it wasn't until February 2004 that an operation, partially funded by the Uruguayan government, finally sought to remove the sunken warship and the navigation hazard it created. Two years later, in February 2006, an 880-pound eagle with a swastika crest was recovered from the stern of the ship.

In 2020, the eagle was set to be bought for up to $26 million by a private collector or naval museum. However, it remained in storage following complaints about the exhibition of "Nazi paraphernalia" and fears that it could be bought by neo-Nazis or other white supremacists. A fight over ownership of the relic has continued. The Uruguayan Court of Appeals ruled last month that the government must sell the bronze eagle to pay fees to the two brothers who oversaw the ship's recovery and scrapping.

The latest court ruling mandated that the eagle be sold to pay for the reward due to the divers. However, Uruguayan Defense Minister Javier García has said publicly that whatever the outcome of the legal clash, Uruguay will guarantee that the eagle does not become an object used for negative publicity or worship.