Earth to Planet Trump: A Payroll Tax Holiday Won't Save the Economy From Coronavirus 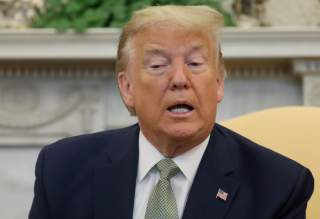 A payroll tax holiday would be misguided now, as it would have been last year. As former Council of Economic Advisers chairman Jason Furman and my colleague Kyle Pomerleau have observed, a payroll tax cut would not provide effective stimulus in response to the coronavirus epidemic.

In an article last year, I pointed out another problem with a payroll tax holiday. The general revenue transfer to Social Security that would almost certainly accompany the holiday would threaten the program’s fundamental principles.

Congress designed Social Security to be a self-supporting program financed by payroll taxes and the other earmarked taxes that are paid into its trust fund. As a self-supporting program, Social Security is spared from having to compete with other programs in the annual budgetary process. However, Congress has imposed a different type of fiscal discipline on the program by limiting its spending over time to the amount that can be supported by its earmarked tax revenue.

Although a temporary general revenue transfer would be less harmful than a permanent transfer, it should still be avoided. Any necessary fiscal stimulus can be provided through policies that do not affect Social Security. A payroll tax holiday should be rejected again, as it was last year.

This article by Alan D. Viard first appeared in The Daily Signal.