Earth Saved?: How Blocking out the Sun May Help Reduce Global Warming 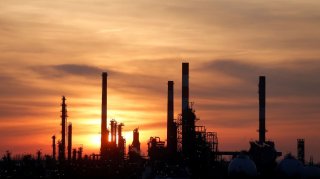 What is solar radiation management and how does it work?

Solar radiation management is an idea that can reduce some of the risks of global warming by blocking out a small amount of sunlight. It sounds like science fiction, and is only in the early stages of research, but it’s being taken seriously by climate scientists and environmentalists. Social scientists concerned with the potential effects of global warming are also taking an interest.

It involves spraying tiny reflective particles – such as sulphur dioxide – into the upper atmosphere, the stratosphere. They would remain up there for a year or two, reflecting away some of the energy from the sun before it reaches the Earth’s lower atmosphere.

Another idea would involve spraying seawater into low-lying marine clouds, where the tiny droplets would act as ‘cloud condensation nuclei’ – particles which attract water – to make them whiter and brighter and more reflective.

At present, it’s still a theoretical concept – what major research has been conducted on it and have any projects been proposed?

To date almost all research on solar radiation management has been done indoors – either computer modelling of the potential impacts or social science research.

A couple of small experiments have been conducted outdoors, including an experiment by scientists in America on marine cloud formation and an experiment by a Russian team on the reflective properties of aerosols.

How can it help us save the planet from global warming?

Reducing the amount of global warming by cutting greenhouse gas emissions is as important as ever. But solar radiation management will not be able to save the planet from it. What it might be able to do is to reduce some of the risks of the warming while humanity gets its emissions under control.

Even if the world makes sudden and dramatic cuts to its carbon emissions, the temperature would keep rising for decades to come, in part because carbon dioxide has a long lifetime in the atmosphere. Solar radiation management is therefore the only known way to quickly stop the rise in global temperatures. That means it could provide a unique way to combat some climate risks.

Modelling studies have shown that solar radiation management may be able to reduce many of the projected risks of climate change in most parts of the world. This includes the risks of rising temperatures, disruption to rainfall, rising sea levels, and increased storm intensity. But its effects are not expected to be distributed uniformly because the global climate is a non-linear, complex system. Solar radiation management could also carry large risks, plus there are major uncertainties about its desired and undesired effects.

Solar radiation management could delay the regeneration of the ozone layer if sulphur dioxide was used as the reflective aerosol. It could also result in increased weather disruptions – for instance changes to precipitation – in some regions, depending on how it was used.

There are also health concerns. It could cause a slight increase in respiratory illness around the world, as inhalation of sulphur dioxide is known to cause lung problems and the use of solar radiation management would slightly increase the atmospheric levels of sulphur dioxide.

In addition there is the possibility of unknown effects –- those that are hard to predict because the planet’s climate is such a complex system where strong regional variability is the norm. For instance, the countries straddling the equator receive rainfall at different times of the year due to the varying position of the Inter-Tropical Convergence Zone (ITCZ).

On top of the physical risks, there are potentially social and political ones too. For example, what happens if the idea of solar radiation management distracts governments from the crucial business of cutting greenhouse gas emissions? How is it possible to ensure that the views of the most vulnerable people are taken into account if solar radiation management is ever used? How would we get global agreement over where to set the planet’s thermostat?

These are all crucial questions if solar radiation management is ever to be seriously considered for use.