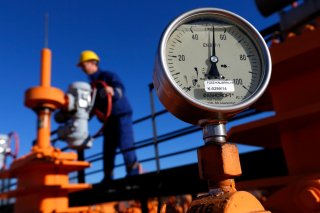 Although the Nord Stream 2 pipeline creates numerous risks for the Central and Eastern European countries (CEEC), its completion will not probably cause turmoil in CEEC energy security. Still, the second leg of the Russian-German offshore pipeline will cause challenges in European security unless the transatlantic community agrees on a common approach towards Russia.

The completion of Nord Stream 2 will help Russia to keep or even increase its dominant position in the European gas market. Currently, Russia’s gas comprises more than forty percent of the EU's total gas imports whereas Norway (EU’s second-largest supplier of natural gas) accounts for twenty percent of the EU's imports. With the goal of achieving climate neutrality by 2050, the EU demand for natural gas is expected to rise. So will Russia’s role in the European gas market. Considering the tensions between the West, Ukraine and Russia, the completion of Nord Stream 2 will presumably increase the vulnerability of CEEC. To gain extra leverage in the ongoing competition with its Western adversaries, the Kremlin may pressure CEEC by manipulating gas prices or even cutting off the supply of gas. The completion of Nord Stream 2 may also harm the budgets of Ukraine, Poland, and Slovakia if Moscow decides to reduce the amount of gas transited to Western Europe through the pipelines running through their territories.

No matter how unsettling said predictions are, Central and Eastern European countries can overcome growing challenges to their energy security. The Baltic States and Poland have already been diversifying their sources of natural gas. They have constructed new pipelines and have invested in liquefied natural gas (LNG) infrastructure to reduce—or even eliminate—their dependence on Russia. In 2015, twelve CEEC launched the Three Seas Initiative (3SI), a regional forum that focuses on developing north-south infrastructure in energy, transport, and digital sectors. The 3SI aims to offset the dominance of the east-west infrastructure corridor and minimize risks posed by the completion of Nord Stream 2. The EU and the United States have financially supported this regional initiative. Some countries, like Czechia, have also decided to join Nord Stream 1 by building an interconnector that would ensure the stability of its gas supply. These alternative solutions will likely enable Central and Eastern European countries (including Ukraine, the most vulnerable to Russia’s hostile actions) to overcome the risks posed to their energy security.

Nonetheless, there is a real threat that the completion of the Nord Stream project may undermine European security unless the West adopts a common stance towards Russia. Two contradictory approaches presently divide the transatlantic community members: maintaining a hardline policy towards Russia in all fields or adopting a pragmatic position and separating the economy from politics. Poland and the Baltics are among proponents of the former whereas Germany and France favor the latter. Germany’s decisions will prove critical. In its haste to complete Nord Stream 2 despite vocal opposition from several EU countries and the European Parliament, Germany has undermined its credibility. CEEC added fuel to the fire by comparing the Nord Stream pipeline to the Treaty of Rapallo and the Molotov-Ribbentrop Pact. With trust between allies in short supply, there will be no community—and without community, the stability and welfare of the West, as well as the West’s international position, are likely to be severely challenged.