Economists And Greta Thunberg Could Learn Some Things From One Another 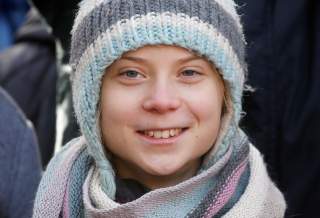 If climate activist Greta Thunberg listened to US Treasury Secretary Steven Mnuchin and study economics in college before lecturing world leaders, what might she learn? It would depend, of course, on her instructors. But there’s a good chance that what she would take from scholars is that human-driven climate change is a real phenomenon and the risk of significant harm merits serious action by global policymakers. For example: A review of the UChicago Booth/IGM Survey of top economists suggests the thrust of the debate is about what to do rather than whether to do anything at all.

Given Thunberg’s interest in climate change, she might stumble across “Some Basic Economics of Extreme Climate Change,” a 2009 paper by the late Harvard University economist Martin Weitzman. Moreover, she might expect that paper to present expansive economic analysis about the costs and benefits of action, as well as insights about the timing, severity, and potential harm from climate change. Yet the true purpose of the paper is to explain why economics cannot resolve these questions with acceptable accuracy.

Here’s Weitzman’s worrisome conclusion, one that Thunberg would find supportive of her priors: “I believe that the most striking feature of the economics of climate change is that its extreme downside is nonnegligible. Deep structural uncertainty about the unknown unknowns of what might go very wrong is coupled with essentially unlimited downside liability on possible planetary damages. This is a recipe for producing what are called ‘‘fat tails’’ in the extremes of critical probability distributions.”

Less supportive of Thunberg’s worldview is what some economists might say about her cynicism toward market capitalism and economic growth. Some of them might tell her that capitalism has brought a billion people out of deep poverty in recent decades. And more needs to be done, with dynamic and innovative capitalism as a big part of the solution for both poverty and climate change. As I wrote last year in The Week, “Rather than bemoaning their fate, young people should be getting excited about how emerging technologies can help create a prosperous, sustainable future — and how far along we already are.”