The Egyptian Arms Industry Never Lived Up to Its Potential 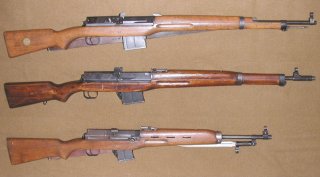 In February, Egypt's Minister of State for Military Production Mohamed al-Assar announced a new three-year plan to boost the local manufacturing of weapons to increase the capabilities of its military and achieving self-sufficiency. In addition, a major goal for Egypt is to become an arms exporter to its African neighbors.

However, Egypt has attempted this before, so will this time be any different?

Besides Israel, Egypt is the only Middle Eastern nation with a significant arms industry, one that dates back to 1949 when it first unveiled plans to develop its own aircraft and armaments industry. While Egypt entered into a number of joint venture projects to produce European-designed aircraft, this has yielded little results. In 1962 the Middle Eastern nation undertook a major program with aid from West German technicians to design and build a supersonic jet fighter. That program was terminated due somewhat ironically to the financial strains that resulted from its defeat in the Six Day War of June 1967.

Egypt's small arms industry has fared better and produced a number of weapons, yet most of those were licensed designs that included the Hakim rifle and the Rasheed Carbine, both based on the Swedish Ljungman AG-42; and notably the Maadi, a licensed copy of the Soviet AKM.

During the Cold War Egypt did help provide weapons to the CIA’s Operation Cyclone to arm and finance the mujahideen (jihadists) during the Soviet-Afghan War, but declassified CIA documents from the 1980s highlight that the CIA never really expected much to come from Egypt: “Unlike Israel, Egypt's defense industry lacks the modern technological base and manufacturing infrastructure necessary to design and produce its own advanced tanks, aircraft, or missiles… Egypt is unlikely to realize its goal of achieving self-sufficiency in modern arms production by the mid-1990s because of weak military planning and budgeting systems, inefficient work habits, shortages of skilled management and labor, continued dependence on foreign technology, and an inability to compete successfully in the international arms market.”

Everything summed up in that May 1985 report has rung true in the past two decades that followed.

In 2018, Egyptian President Abdel-Fattah el-Siss did oversee a reorganization of his nation's military-owned companies resulting in a rapid build-up of the army. Yet this involved military-technical cooperation between Egypt and other countries—mainly Russia and China, which seek to dislodge America as a partner with Egypt in the region.

After years of attempts in late 2018, outside of Cairo, the nation hosted its first tri-service arms fair: The Egypt Defence Expo (EDEX), and it was a rare opportunity for the country to showcase its military industry on the international stage.

There are now both opportunities as well as challenges ahead. As The Tahrir Institute for Middle East Policy noted, Egypt will still need to deal with poor management, workforce training issues and its dismal marketing efforts. The biggest challenge is military production capabilities, which are once again predicated upon “unrealistic assessment of political leadership, rather than sober evaluations of feasibility and need.”

To resolve this could entail a long-term strategy that is predicated on nationalization of sub-component and legacy weapon systems modification technology, suggested The Tahrir Institute. This could allow the necessary first steps to meet low-end internal demands and attract buyers from export markets. “Ultimately, they should aim for consistent but modest arms sales that can contribute to new progressive and wide-ranging indigenous arms-production programs.”

Yet, instead, Egypt is likely to aim to become an international arms manufacturing powerhouse and fail for all the reasons the CIA, as well as military analysts, noted in the 1980s, “Egyptian work attitudes and shortages of critical skills and experience will continue to retard development of the defense sector.”

Until it addresses the fundamental issues it will never achieve its goals.