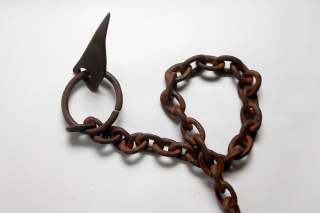 I recently had the pleasure of being invited by D.C. Mayor Muriel Bowser to speak at a breakfast gathering honoring D.C. Emancipation Day.

We would be celebrating the 157th anniversary of President Abraham Lincoln’s formal emancipation of over 3,000 enslaved individuals in the district (on April 16, 1862). Several months later, on Jan. 1, 1863, Lincoln would go on to issue the Emancipation Proclamation, which legally emancipated the nation’s estimated 4 million slaves.

In this year’s commemoration, the district’s political leadership and distinguished citizens pushed for what they consider a last frontier in the quest for emancipation—the establishment of statehood for the district.

In one sense, I was somewhat surprised to be invited to the event because I am not a supporter of statehood for the district. I believe the Founders of our nation had wise and practical reasons for leaving the district out of the American federation of states.

They rightly reasoned that including the district within any state’s boundaries—as had been originally done—would reduce the district’s role as neutral ground where state representatives could come together to hash out the nation’s business. They did not want the district’s laws and taxes to impact representatives of the other states, thereby creating political pressure on one state to do another state’s bidding.

I believe the soundness of this decision has stood the test of time.

As I prepared my remarks for the breakfast, I realized that I might be marching into somewhat hostile territory, as most in attendance were supporters of D.C. statehood. However, I did feel that I had something important to contribute to the discussion of emancipation and what it truly means.

I thought back to my own family. My earliest known ancestor, my great-great-grandfather Luke Howard, had been born a slave on a plantation in Marion County, South Carolina, in 1805. During his lifetime, he witnessed not only the height of the cotton aristocracy in the American South but also Lincoln’s election, the founding of the Republican Party, the Civil War, and the emancipation of the slaves.

This was not to transpire. Several black Civil War veterans wrote to Gen. Oliver Otis Howard (after whom D.C.’s famed historically black university is named) to complain that the federal government in Washington had betrayed them.

One of them wrote to Howard in 1865: “If the government having concluded to befriend its late enemies and to neglect to observe the principles of common faith between itself and us its allies in the war you said was over, now takes away from them all right to the soil they stand upon save such as they can get by again working for your late and their all-time enemies. If the government does so we are left in a more unpleasant condition than our former [condition of slavery].”

In other words, the returning veterans knew that without the ability to build an economic foundation, the emancipated would be reduced to a condition that was in many ways worse than their former condition.

The federal government did not respond to their requests and essentially abandoned them. Then-President Andrew Jackson, who wanted to heal the deep wounds of the war, restored the lands to their original owners, the very people against whom the federal government had just waged a bitter internecine war.

This was a painstakingly slow progress that would take several generations to produce fruit. There was very little in the way of redemption.

Shortly after the war, the Ku Klux Klan and other white vigilante groups began terrorizing blacks. Laws were passed, including the Jim Crow laws, that denied blacks the basic rights of citizenship: They were restricted from voting, participating on juries, and even bringing lawsuits in state courts.

When you have stolen from someone, it is not enough to merely stop the theft. Justice requires that you redeem the value of what was taken. In many cases, this was not done, and the lasting effects of slavery and de jure segregation continue to this day in the form of entrenched poverty and social stigma.

The former slaves found themselves nominally “free” but abandoned by the government and practically still enslaved. They did own, at least nominally, the fruits of their own labor, though. And so they started from nothing, working harder than they had ever worked to establish some form of economic foundation.

Not only did they continue to toil in the fields of their former enslavers—albeit now for wages—but many even developed sharecropper and other forms of land-lease arrangements, where they did extra work to secure their own land and capital.

This legacy lasted up until my own generation. My father was eventually able to save up enough money from laboring and sharecropping to purchase his own farm, which eventually became self-sufficient and produced wealth for our family. It took almost five generations from when Lincoln formally emancipated the slaves for my family to finally discover true freedom.

The painstaking work it took over successive generations to bring forth a viable black middle class should not be taken for granted. It is not enough to merely be proclaimed “emancipated” without also providing some method of redress.

That is why, in the absence of some sort of redemption, it is very difficult—if not impossible—to achieve true freedom.