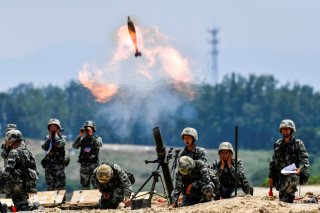 Last month, as the Senate wrapped up its work on the Endless Frontier Act, which has expanded and been renamed the United States Innovation and Competition Act, Sen. Mike Lee (R-Utah) observed that the United States is at a crossroads in its strategy to counter the threat posed by China.

“[While] it is vital that we place ourselves in a position to compete with China, … it is equally important that we consider just what kind of game we are playing and just what kind of competitor we want to be,” he said.

Lee was concerned that the bill focused primarily on boosting government spending on high-tech research and development. That, he warned, is an exercise in “trying to beat China at its own game,” one that may end up “taking us across a frontier we ought not traverse.”

Lee is correct that we should not rely too heavily on government-sponsored research. America’s technological edge over centralized economies, such as that run by the Chinese Communist Party, lies in the private sector, which generates innovative ideas and takes risks to which government bureaucracies are allergic.

The less free the private sector is to pursue novel ideas, and the more rewarded it is to channel its research in a limited number of government-approved directions, the faster the U.S. technologic advantage will wither.

America is in a long-term strategic competition with China. This struggle requires a broad range of policy tools—diplomatic, informational, military and economic. Using all of these tools, Beijing has moved aggressively to carve out greater political, economic, and diplomatic space for itself around the world. Its successes not only further Chinese interests, but they also constrain Washington’s efforts to advance American interests. Washington must think carefully about China’s actions, its ambitions and its evolving position in the world and act strategically to protect America’s interests where necessary.

Developing an effective strategy to deal with an evolving challenge is never easy. The recent Interim National Security Strategic Guidance issued by the Biden administration acknowledges this, noting: “Because traditional distinctions between foreign and domestic policy are less meaningful than ever before, we will reform and rethink our agencies, departments, interagency processes, and White House organization to reflect this new reality.”

At the core of the intended course of “reforming and rethinking” should be the task of advancing economic freedom. This is the proven way to achieve the dynamic growth needed to preserve and enhance America’s overall long-term competitiveness.

For over a quarter-century, The Heritage Foundation’s annual Index of Economic Freedom has measured the impact of economic liberty and free enterprise in countries around the globe. The strongly positive correlation between a nation’s level of economic freedom and its citizens’ overall standard of living and competitiveness underscores just how critical economic freedom is in practice. This correlation is the reason why so many countries seek ways to enhance their economic freedoms and, ultimately, the real success of their people.

To be more effective in responding to Beijing’s threat to U.S. national security and foreign interests, Washington’s strategy must factor in a greater understanding of the Chinese economy, as well as expose its grave lack of transparency and accountability.

Ongoing discussions among U.S. policymakers and other like-minded partners around the world may find The Heritage Foundation’s China Transparency Project, launched last year, to be a useful resource for conducting a global campaign to systematically expose the Chinese Communist Party’s highly secretive behaviors.

Far less useful is the Endless Frontier Act. Flawed from the beginning, it morphed into more of an Endless Spending Act it made its way through the Senate.

In its current form, the bill focuses much more on domestic concerns unrelated to China than on challenging Beijing’s predatory and criminal behavior. Worse, many of its provisions are fiscally irresponsible.

For example, it designates more than $52 billion for 5G security and the semiconductor industry as “emergency spending.” What emergency? The only purpose of the designation is to keep this money separate from the regular budget so that it doesn’t “count” against budget caps.

Anthony Kim is the research manager and editor of The Heritage Foundation’s Index of Economic Freedom. Terry Miller is the director of the think tank’s Center for International Trade and Economics.