The Energy Basket: How Europe Can Go Green Without Facing Crisis 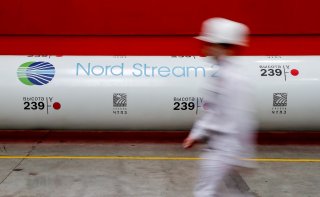 In an article published this February, I forewarned how Europe’s energy transition and energy security is critically linked to Nord Stream 2, “arguably the most geopolitically sensitive-energy project in modern history.” This dynamic is now in play. Russia can (if inclined) bolster Europe’s energy security via Nord Stream 2 once it is positioned to transmit gas by doubling deliveries. However, Russia’s reliability—as Europe’s main gas supplier—has come into question, presenting a risk to Europe as it enters the winter. This is compounded by the fact that natural gas is trading at record highs, presaging a crisis. Such developments only highlight the relationship between Europe’s energy transition and energy security and the need to adopt an energy basket approach.

As a counterbalance measure in Europe, coal, which emits the highest carbon dioxide (CO2) of all fossil fuels, is being proactively sourced to provide security to the European energy grid throughout the winter; the divergence of Europe’s energy transition and energy security is unfolding in real-time. Additionally, the intermittency of renewables is causing electricity price spikes, leading the Spanish government to intervene (and offer electricity price protection) and South Korea to raise prices for the first time in eight years. Furthermore, a lack of access to affordable energy is an important metric for energy poverty, and the European Commission’s president recently emphasized having a “fair green transition” to allay such poverty in Europe. The 2021 Polar Vortex that seriously affected Texas empirically evidences what can occur for millions when energy supplies are not secured and the baseload is shocked—fatalities and steep economic losses. Nevertheless, European winters can be expected to be harsher than those in Texas: energy security will be pivotal in the coming months.

All of these recent developments make clear that in order to successfully transition to renewables and green-centric grids, Europe must adopt the energy basket approach that will keep energy security intact.

The energy basket is a tool to sustain a nation’s energy demands during shocks, as it accepts different forms of energy inputs and is non-binary, foregoing an us-versus-them philosophy in terms of pinning renewables against fossil fuels. Notably, the basket’s composition is to be determined by the demands and fluidity of the grid, as opposed to high-minded rhetoric. This, in turn, protects a nation’s baseload—its accessibility to energy—while safeguarding human life. The energy basket’s deployment has been realized by France, which has utilized a matrix of energies: phytomass (wood); nuclear; and natural gas (data points pulled from Vaclav Smil’s Fisher-Fry plot: 1850-2015). 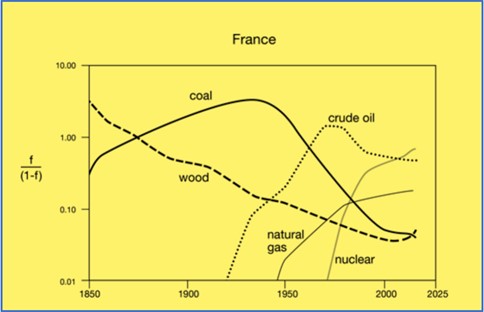 This energy tool is akin to a moving needle within a gauge—in that it can go from a mix of hydrocarbon and renewables to solely renewables, for example. Failing to account for this dynamic component can leave the needle in a placement that does not meet real-time energy demands. Above all, an entirely renewable grid, scaled for millions, has not been constructed by any of the signatories of the 2015 Paris Agreement, which raises the question of how such a grid would, in the absence of fossil fuels, absorb a strong impact if confronted by a situation like Europe’s. Because the European grid has not been entirely dismantled from accepting fossil fuels, this scenario can be sidestepped.

Meanwhile, coal, oil, and gas account for 27.2 percent, 31.2 percent, and 24.7 percent (an aggregate of over 80 percent of the energy mix), respectively. A country may one day scale to having a 100 percent renewable grid for millions, which the energy basket is supportive of, but we are not yet at that stage. Importantly, by leaving energy basket interconnectedness (even if not used) in a renewable grid provides the necessary redundancy to safeguard human life in times of crisis—as renewables have substantial ground to gain, despite reaching a record high. But the ability to interconnect only functions if fossil fuels can be secured when required, which is intensified during a crisis (due to lack of access).

Presently, nations—such as Denmark and the United States—are intending to abandon the development of fossil fuels on their sovereign territories due to the need for an energy transition. Such an approach concentrates the power of hydrocarbon production—and control—into the hands of fewer countries during a crisis. Case in point: in 1973 the Organization of the Petroleum Exporting Counties (OPEC) weaponized oil via an embargo, controlling oil and gas for geopolitical means (concentrated control). And now Russia (part of OPEC+), as Europe’s largest gas supplier, is in a situation where it can potentially weaponize its gas exports. It must be noted that a broader energy transition crisis, that is not just contained to Europe, may eventuate since there are over 100 signatories to the Paris Agreement.

History provides examples of countries that have shifted their ideological stance on fossil fuels, as exemplified by the United States withdrawing from the Kyoto Protocol in 2001 (Canada followed suit). To remind, said protocol is the predecessor to the Paris Agreement, which the United States under Donald Trump again pulled out of in 2017, only to rejoin it in 2021. This uncertainty needs to be accounted for in terms of the energy basket as a tool for nations and their respective populaces when setting out to achieve 2050 decarbonization metrics that are related to the energy transition. Looked at holistically, the energy basket, as a tool, can be a way to deal with the nuances and subtleties of energy security as countries try to transition to greener sources of energy. Therefore, this tool wields the potential to be a practical policy mechanism.

Fernando C. Hernandez is an accomplished commercial and technology specialist in energy and the principal at Hernandez Analytica. The First Minister of Scotland, Nicola Sturgeon, appointed Hernandez as a business ambassador (GlobalScot) for Scotland, in America’s Energy Sector. He has more than fifteen years of industry experience, and his trilingual fluency has enabled the execution of challenging projects on multiple continents.