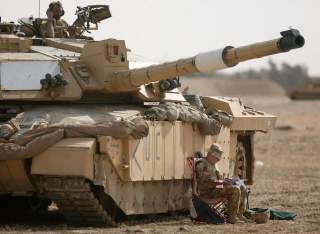 Key point: London does make good tanks, but the Challenger 2 is missing many modern upgrades that other states possess. In fact, the U.K. has actually reduced the number of Challenger 2 tanks it intended to buy.

When the Ministry of Defense in 1987 decided to replace its existing Chieftan and Challenger I main battle tanks, according to Stuart Crawford, a regular officer in the Royal Tank Regiment, the obvious choice was Germany’s own latest tank.
“Leopard 2 was our recommendation,” Stuart wrote at U.K. Defense Journal. “And obviously we were ignored.” The other options were the American M-1A1, the French Leclerc and the British Challenger 2.