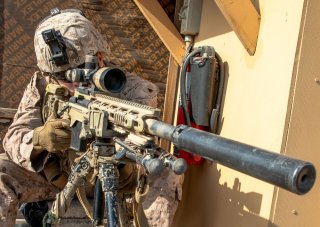 They are the subject of movies, feared by the enemy in wartime, declared national heroes by some and just generally hated by Michael Moore. They are the military men and women who became snipers.

Snipers have always been controversial. Whether true or not, there is a scene in 1970 film Waterloo that takes place prior to the famous battle in which a British soldier asks the Duke of Wellington if he can “take a crack at” the French Emperor Napoleon who had just arrived across the field. The Duke (played by Christopher Plummer) responds, “Absolutely not.”

In the nineteenth-century the idea of a marksman taking a well-aimed shot at an officer—or worse a general—was considered unsporting to say the least. That isn’t to say it wasn’t employed on the battlefield. American marksmen played a crucial role in the American Revolution. While the British Regulars were issued the very fine and widely-respected Brown Bess smoothbore musket, American soldiers (including militia) were armed with early long rifles—and it made a huge difference. Trained British soldiers armed with the Brown Bess were accurate to 80 yards, while American riflemen could hit targets at 300 yards.

The Americans also employed new tactics, and instead of lining up in tight ranks the soldiers used concealment and hid in trees and shrubs. They were anything but “sporting” aiming for the NCOs and officers when possible, and if afforded the opportunity even taking a crack at a general.

By the Napoleonic Wars the British employed Rifles Companies, most notably the 95th Rifles made famous by the Sharpes series of books and TV movies. These were marksmen but not true “snipers” however. It would be another generation before the true sniper came to be.

Even before the term was adopted during the American Civil War, Confederate sharpshooters employed tactics similar to what the Americans had used against the British. Needless to say this didn’t sit well with the Union forces, who eventually countered with similar methods. Sniping, while still not known by that term, evolved further during the Anglo-Boer War as Boer marksmen began to make concealment as important as the actual marksmanship.

The British countered with similar tactics, but also employed men who were well practiced in field craft, map reading and observation. This is also when the term “sniper” came to be known – from the 19th century practice of using rifles to shoot small birds (snipe) from a very long distance.

Sniping also evolved in the trenches of the First World War. At its onset only the German Army issued a scoped rifle to marksmen, but soon nearly all the combatants saw the need for men who could shoot and kill at a distance. British Major Hesketh-Prichard had been a big-game hunter, and by some accounts was the world’s best rifle shot. He was charged with creating a course entitled, “The First Army School of Sniping, Observing and Scouting.”

One issue that remained was that the military rifles used by the British military weren’t ideal for the role of a sniper, so Hesketh-Prichard sourced civilian rifles, which he often funded out of his own pocket.

However, by World War II the technology of the weapons—and more importantly the telescopic sights—had developed considerably, and nearly every combatant power saw the need for those snipers who could kill from a distance.