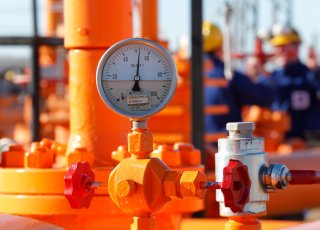 Commercial and security arguments have been artificially separated in the Nord Stream 2 debate. On one side, Russia, Germany, and their supporters have argued the pipeline is a purely commercial project, with no security implications for Europe. Indeed, commercially, the Angela Merkel government has ensured low gas prices for German consumers through Nord Stream 2. On the other side, Eastern Europeans, Brits, and some Americans argue that the pipeline has vast security consequences for Europe because it strips Ukraine of its geopolitical advantage as a key transit country for Russian gas to its vital client, the European Union. Apparently conceding to the security argument, Germany promised the Biden Administration it will try to prolong transit through Ukraine beyond 2024. But in reality, a deal on Nord Stream 2 affects more than European security—it has ample economic consequences for not just Eastern Europe, but the entire European Union.

On this side of the Atlantic, the limits of EU energy policy get easily forgotten. There are two crucial issues that determine the long-term effects of the European Union’s increasing consumption of Russian gas. First, there is no universal price negotiated for EU member states for Russian gas. Gazprom, a state-owned Russian gas company, negotiates prices with each member state individually. Germany, whose per capita GDP is almost four times higher than that of Romania, currently pays on average less than half of what Romania does for gas imports. Russia recently increased overall gas prices to increase pressure on Nord Stream 2. Double standards in EU energy policy are destined to increase both economic and political costs for the EU.

Second, the EU’s number one energy policy priority is diversification of resources away from dependence on Russia. Nord Stream 2 was not compliant with this policy, but Berlin ensured national oversight over the pipeline, instead of EU-wide oversight (which would have canceled out the pipeline). Other member states, much poorer than Germany, have built Liquefied Natural Gas (LNG) hubs to diversify away from Russia. Both Lithuania and Poland are buying much more expensive LNG, with which they also hope to reduce Ukraine’s dependency on Russian gas. This reveals radically different understandings of energy security within the European Union. The results have economic and political costs. As prominent German publicist Josef Joffe wrote on Nord Stream 2, “Great powers dispose, smaller ones bear the consequences.”

As for Ukraine, things will only get more expensive, and more dangerous. For the country itself, for the region, as well as for the European Union. We tend to forget that Ukraine—stripped of its nuclear weapons in 1994 and of significant parts of its territory two decades later—has been in de facto war with a superpower for over seven years. War is expensive, and Ukraine had few resources in the first place to defend its territory. Energy transit ensured yearly revenues of $2-3 billion. Germany’s pledge of $175 million for Ukraine’s “Green Fund” cannot make up for the major commercial losses. Neither will promised energy sanctions if Russia decides to further invade Ukraine. But both the security and the economic consequences of future war will spill over first into neighboring countries, and then affect the entire European Union. The economic, political, and security consequences of the operational pipeline will be ample, with Eastern Europe paying most of the bill.

Dr. Iulia-Sabina Joja is a Senior fellow, at the Middle East Institute and an Adjunct Professor at Georgetown University.