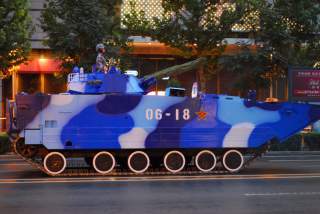 Key point: China's vehicles are getting better but are still not as updated and are based on Russian designs.