Europe Is Getting America's Anti-Missile Aegis Ashore System but... 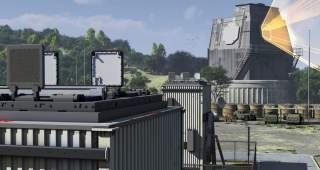