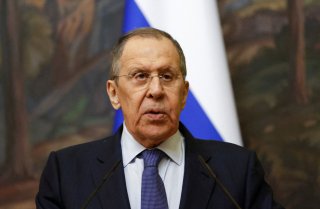 Several European countries expelled Russian diplomats from their territory this week after accusing them of using embassy positions as cover for espionage activities. The move is almost certain to invite retaliatory expulsions from Moscow and escalate the ongoing diplomatic tensions between Russia and the West.

The Netherlands announced on Tuesday that seventeen Russian diplomats had been expelled from the country, and neighboring Belgium ejected twenty-one diplomats. Ireland expelled four, and the Czech Republic expelled one. Poland, a former Soviet satellite state whose nationalist government has often been at odds with Moscow in recent years, expelled forty-five Russian officials from the country’s embassy in Warsaw after the Polish government accused them of spying.

The Dutch government indicated that it had taken the decision after consultations with “a number of like-minded countries.” In justifying the action, it noted that Russian officials had been expelled in recent years from Poland, the United States, Bulgaria, Slovakia, Montenegro, Estonia, Latvia, and Lithuania. The expelled officials in those countries had overwhelmingly been accused of spying for Russia under diplomatic cover.

“There is information … showing that the persons concerned, accredited as diplomats, are secretly active as intelligence officers,” the Dutch Foreign Ministry announced in a statement. “The cabinet has decided to do this because of the threat to national security posed by this group.”

The Dutch foreign minister, Wopke Hoekstra, acknowledged that Russia was likely to retaliate. “We cannot speculate about that,” he said, adding that the foreign ministry was “prepared for various scenarios that may arise in the near future.”

Separately on Tuesday, the Russian government announced that it had expelled ten diplomats from Estonia, Latvia, and Lithuania—matching the number of alleged Russian agents that had been expelled from each of the Baltic states.

Belgian foreign minister Sophie Wilmes told the country’s parliament that the Belgian expulsion had not been connected to the Dutch action, which occurred on the same day. She also insisted that the move should not be considered by Russian officials as a sanction, adding that the country had intentionally left diplomatic channels open with Moscow for further discussions. “The Russian embassy can continue to operate, and we continue to advocate dialogue,” Wilmes said.

Brussels, Belgium’s capital, is also the headquarters of the European Union and the North Atlantic Treaty Organization.