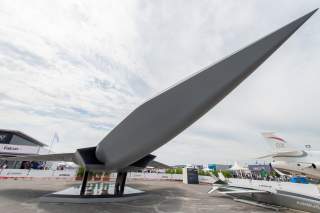 Spain, where Airbus’s military transport planes are assembled, had sent a letter in December to Paris and Berlin asking to be associated with the project.

Spain is expected to sign a letter of intent with France and Germany to join the Future Combat Air System (FCAS) program.

Spain had indicated back in December that it wishes to join the program.

Spanish Defense Minister Margarita Robles will be representing the country for the ceremony in Brussels on Feb. 14.

The FCAS project was launched in July 2017 and in addition to a new combat aircraft also plans to include drones and cruise missiles.

The new fighter jet will replace the Eurofighter which is assembled in Germany, Britain, Spain and Italy, and the French Rafale around 2040.

It will compete with the US F-35 or its successor.

A first contract worth 65 million euros was awarded to Airbus and Dassault Aviation in February to develop the design of the combat system.

Spain, where Airbus’s military transport planes are assembled, had sent a letter in December to Paris and Berlin asking to be associated with the project.

Noteworthy Robles previously said that her country was considering options for the future replacement of its F/A-18 Hornet fleet in the 2035-plus timeframe and that it was in discussions with Dassault and Airbus, as well as a UK Team Tempest that includes BAE Systems, Leonardo UK, MBDA, and Rolls-Royce.

As already reported, Brigadier General Leon-Antonio Machés Michavila of the Spanish Air Force (Ejército del Aire Español: EdAE) said that the deciding factor as to which team the country would opt for would largely be based on the level of industrial participation being offered. “We want to be partners and not customers,” the general said.

However in a December statement, Robles said it was “convinced that the two programmes would end up merging, given the huge investment needed in their development.”