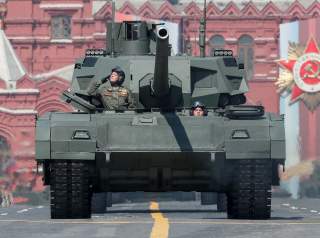 Key point: Moscow has a new and impressive tank, but it still has many teething issues. Moreover, Russia's T-14 is also very expensive.

Does Russia’s much vaunted T-14 Armata tank have problems?