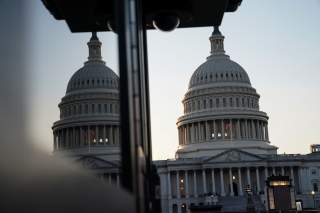 Yesterday’s hearing in the tax-writing Ways and Means Committee reviewed “legislative proposals for paid family and medical leave.” Expanding access to paid leave has drawn support across the ideological spectrum. That includes in the Trump administration, where First Daughter Ivanka Trump has been leading the charge on paid leave policy, and President Trump recently signed legislation providing paid leave for 2 million federal employees.

But while the hearing highlighted apparent bipartisan support for helping more parents and adult caregivers have paid time off from work, it also spotlighted stark differences on how such benefits would be financed. ‘We all agree on acting,” summarized Tom Reed (R-NY). “The question is how to pay for it.”

The legislative star of the hearing was the FAMILY Act, sponsored in the House by Rosa DeLauro (D-CT) and co-sponsored by most House Democrats and a single Republican. That bill proposes a new national program offering up to 12 weeks per year of paid family and medical leave, supported by a new federal payroll tax. The payroll tax quickly became the focus of debate.

As Republicans noted, payroll taxes are really taxes on jobs, and effectively reduce worker wages. Payroll taxes like the one created in the FAMILY Act apply at a single flat rate starting with the first dollar of earned income. In contrast, 2019 federal income taxes applied only after single workers earned $12,200 and married couples earned $24,400, and at progressively rising rates that mean higher-income workers pay higher tax rates than those with less income. That qualifies payroll taxes as “regressive” in comparison with more progressive income taxes.

More progressive benefit payouts would balance that somewhat, but receipt of paid leave would be far from universal. A review by the Social Security Administration Actuary touted by Committee Democrats expects that, in any given year, only four percent of workers would qualify for medical leave and 0.4 percent would qualify as caretakers; only 35 percent of newborn or adoptive parents would qualify for parental leave. And as Hadley Heath Manning highlighted in her testimony, data from states operating their own paid leave policies indicate middle- and upper-income workers are more likely to utilize a paid leave program than poor workers. Meanwhile all workers — low-, middle-, and high-income — would pay the new payroll tax, year in and year out.

Even at those takeup rates, the Social Security Actuary finds the FAMILY Act significantly underestimates the taxes needed to support promised benefits. The actuary expects a 0.62 percent payroll tax would be needed “to adequately finance the scheduled benefits.”  That’s 50 percent higher than the 0.4 percent rate specified in the legislation. And even that may be a “lowball,” as lead Republican Kevin Brady (R-TX) stated. He pointed to a report by the nonpartisan Joint Committee on Taxation which found that, if benefit takeup is higher, the new payroll tax might need to be “between 2.7 and 3.1 percent” — seven times the legislation’s proposed tax rate and equivalent to the base tax rate that supports the high-cost Medicare program.

As several Republicans noted, Medicare and Social Security payroll taxes are already facing tremendous upward pressure due to rising benefit payouts. That’s not lost on Americans, especially those closest to retirement age. Adrian Smith (R-NE) cited a 2019 AARP survey of voters over age 50. It found “When faced with the possibility of a federal payroll tax increase,” these voters “express an overwhelming preference for using that tax increase to strengthen Social Security for the long term (82%) rather than to fund paid leave (17%).”  What’s more, that preference “extends across age groups and political affiliation.”

In the end, that may be the toughest challenge for paid leave supporters. That is, convincing key voters to use higher payroll taxes to create a new program, instead of saving current programs like Social Security from insolvency.

This article by Matt Weidinger appeared at AEI on January 29.