Everything You Ever Wanted to Know About Russia's AK-74 Rifle 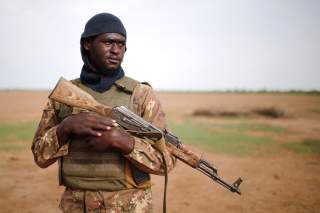 Key point: This rifle would fight in many wars all across the globe.

Mark Episkopos is a frequent contributor to The National Interest and serves as a research assistant at the Center for the National Interest. Mark is also a Ph.D. student in History at American University. This first appeared in January 2019.