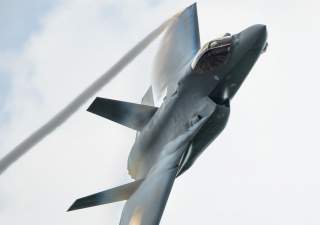 The two and ten pylons on the wings also can carry less weight, so the F-35B has less overall munitions capability than the F-35A in that regard as well. However, it’s unlikely that the F-35B would want to operate at its max load in the first place given that it cannot vertically land with the maximum weight.