Everything You Need to Know About Iran's Massive Missile Force 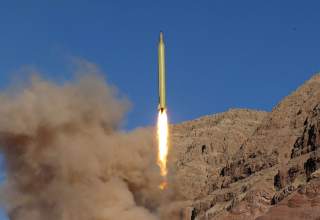 Key point: Iran has been building many advanced missiles.

Deterring regional adversaries from threatening Iran is the primary reason Tehran has amassed the largest ballistic missile force in the Middle East.

Zachary Keck is the former managing editor of The National Interest. You can find him on Twitter: @ZacharyKeck. (This first appeared back in 2017.)