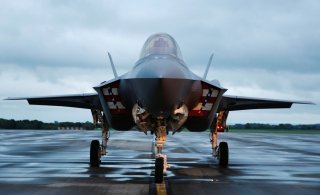 Key Points: Both planes are excellent, but they have their share of problems. Here's why the F-35A is superior.