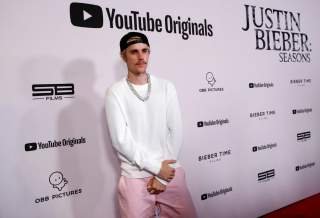 Justin Bieber recently announced that for the last couple of years he’s been battling Lyme disease. Lyme disease, which is caused by the bacterium Borrelia burgdorferi, can be transmitted to humans if they’re bitten by an infected tick. In fact, it’s one of the most common tick-borne diseases in the west. An estimated 300,000 people in the US are diagnosed with it every year. The disease causes a range of debilitating symptoms, which can include severe headaches, neck stiffness, arthritis, joint pain and rashes. These symptoms can last for months or even years.

After being bitten, most people develop a red, circular rash, which may slowly expand beyond the bite site. Only around 20-30% of people will develop the characteristic bullseye rash. Without prompt treatment, the bacteria will spread from the bite site to tissues and organs, leading to additional skin lesions and a range of debilitating and persisting symptoms, such as pain, fatigue, memory problems and arthritis.

Perhaps alarmingly, instances of Lyme disease have actually become more common. In England and Wales the number of cases has increased from 1,134 in 2016 to 1,579 cases in 2017. The increase might be explained by a number of factors, including global warming (ticks survive better in warm weather) and increasing wildlife populations. Better diagnostic tools and increased awareness might also explain the surge in Lyme disease diagnoses.

Lyme disease can have a considerable impact on many aspects of the lives of the patient and their families. In severe cases, patients can be bedridden or wheelchair-bound for years without knowing if they will recover. Affected people may also experience anxiety, depression or distress, which can reduce their quality of life and deeply affect their mental wellbeing – potentially even resulting in thoughts about suicide.

In most cases, a person will be diagnosed with Lyme disease based on whether they have the illness’s characteristic skin lesions – especially if they live in an area where ticks carry Lyme disease. Although blood tests can also be used, these tests might only be 30-40% effective at detecting the disease in its early stages. But if the disease has already spread throughout a person’s body, these results can be 100% accurate.

Giving a clear diagnosis of Lyme disease can be difficult, however. This is because many patients have a range of non-specific clinical symptoms, such as fatigue, malaise, headache, fever, sweats, joint aches and brain fog. Disease test results might also be similarly difficult to interpret, especially in patients that do not have the hallmark skin rash of Lyme disease and lack a recent history of exposure to tick bites. This makes dealing with the lingering infection difficult, especially where tests give inconclusive results.

In fact, people suffering from Lyme disease can also suffer from other tick-borne illnesses, such as babesiosis, which can be transmitted with Borrelia burgdorferi during the tick bite. This makes treatment even more complicated. As well, there is still some controversy about the right length of effective antibiotic therapy to treat patients with persistent, chronic Lyme disease. As a result, patients can, and usually do, feel helpless amid conflicting medical advice in fighting the disease.

Lyme disease is primarily treated with antibiotics. Early skin lesions and symptoms can be treated with the oral antibiotic doxycycline, usually for anywhere between ten to 21 days. Patients with neurological symptoms (including meningitis and encephalitis), heart inflammation or arthritis, are usually treated with a two-week course of intravenous ceftriaxone therapy. In most cases, timely diagnosis and prompt antibiotic treatment can improve symptoms.

But a misdiagnosis or late diagnosis can result in long-term illness, excessive use of antibiotic therapy, and expensive healthcare costs. Ignorance of the complex nature of this illness, especially the associated mental health issues, will further delay recovery. Dealing with these psychosocial problems – regardless of whether they were triggered by Lyme bacteria or not – can complement treatment and promote a quicker recovery.

Continued research and awareness about Lyme disease will be important for improving treatment and diagnosis. Developing more reliable diagnostic tests, identifying which patients are most likely to benefit from which antibiotic treatments, and taking measures to control tick populations will all be important for reducing instances of this disease in the future.

People can cut down on their risk of contracting Lyme disease by covering their skin in tall, grassy, wooded areas where disease-carrying ticks thrive. If you think you’ve been bitten by a tick, contact a doctor or health professional.