Explained: How Cavalry Disappeared From The Military (Think World War I) 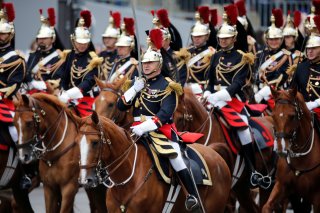 Cavalry had been a crucial part of armies since antiquity, beginning soon after the domestication of the horse. The Greeks and Romans were skilled horsemen centuries before the invention of the stirrup. Horses played a crucial role during the age of chivalry during the Middle Ages, and proved crucial in the Mongol's expansion from Asia to Europe, and later with the Spanish exploration and conquest of the Americas.

In countless wars around the world over the centuries, cavalry was a flexible multipurpose force that offered greater mobility than infantry, while it performed long-range reconnaissance and security for commanders. During battle, cavalry secured and protected the flanks and rear of the infantry line, and could be used to counter enemy cavalry or counter an enemy infantry attack.

Cavalry was used to cover a retreat as well as to push back a retreating enemy. It was thus an effective unit that was part scout, part strike force and part rearguard all in one. Soldiers on large, heavy horses could break enemy formations while small lighter horses could scout, patrol and pursue.

During the nineteenth century, cavalry further evolved with specialized heavy cavalry, and in some European armies continued to wear metal breastplates or "cuirass" armor as well as steel helmets; while light cavalry were armed with lances or rifle carbines. Horses also gave generals and their staff extra height and ability to move around a battlefield to direct their soldiers.

Before the outbreak of the First World War almost all military officers, especially in Europe, could ride a horse; while many of the men who entered the army and ended up serving in the ranks also had some riding skills. Yet, even a generation later, during the Second World War, few younger officers had ever been on horseback and apart from those men who grew up on farms hardly any of the ranks could ride.

In other words, in a single generation the traditional cavalry all but disappeared from the battlefield, and the reason was that warfare changed in unexpected ways.

Cavalry was all but useless after the opening weeks of the First World War, at least on the Western Front. The static trench lines made it impossible for cavalry to flank enemy positions, while direct assaults against machine guns and fortified positions resulted in horrific bloodbaths. Yet, cavalry along with mounted infantry played a role in some of the other theaters of operation, notably the Palestine Front, where Australian Light Horse (mounted infantry that typically dismounted to attack) took part in a class "cavalry charge" against Turkish lines on October 31, 1917, at the Battle of Beersheba.

Yet apart from such moments, it was clear the days of glorious charges were a thing of the past. It wasn't just the defensive weapons that included rapid-fire machine guns, but also the introduction of the tank, the truck and the airplane. Tanks quickly became the spearhead of a new strike force, trucks could move men and materials faster and further and the airplane could scout much further and more accurately than the mounted scout.

It wasn't just the military innovations that changed and evolved. During the industrial revolution across Europe and much of North America, vast segments of the population moved to cities, and by the turn of the century trolleys followed by subways came to move people to work. Then the automobile arrived and as people learned to drive they never bothered to learn to ride.

By World War II, the armies of the world were increasingly mechanized. While it is true that Nazi Germany under Adolf Hitler invaded the Soviet Union with more horses in 1941 than the Emperor Napoleon had when he invaded Russia in 1812, the size of the armies were vastly different. Moreover, the Germans largely used the horses to transport material because of a lack of trucks and few of the millions of men who marched towards Moscow knew how to ride.

Horses did play a minor role in a few engagements on the Russian Front. The Charge of the "Savoia Cavalleria" at Izbushensky in August 1942 is considered the last "significant" cavalry charge in history, where 700 Italian soldiers of the Regiment "Savoia Cavalleria" successfully attacked some 2,500 Soviet soldiers of the 812th Siberian Infantry Regiment. The last true “charge” took part during the Battle of Schoenfeld near the end of the Second World War in March 1945, when a small united of Polish cavalry, supporting Soviet infantry overwhelmed a German artillery position.

Cavalry is now relegated to parades and other ceremonial duties, but how it disappeared should still be viewed as a portent to what could come in the future. While superior weapons led to the end of the cavalry, so too did the fact that fewer people could ride horses. Today many millennials, as well as members of Generation-Z, are opting not to drive. That could hasten a need for self-driving tanks and other military vehicles if the know-how to drive isn't there. Thus we could see a future where the tanker went the way of the cavalryman.