EXPLAINED: This Rifle Guarantees the U.S. Army Wins Any Shootout 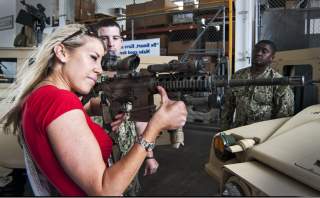 The A1 also has ambidextrous controls, for lefties. New rifles are being delivered to the M4A1 standard, and older rifles are being converted at a rate of approximately three hundred a day.