Explained: Why the F-35 Is Now the World’s Most Dominant Stealth Fighter 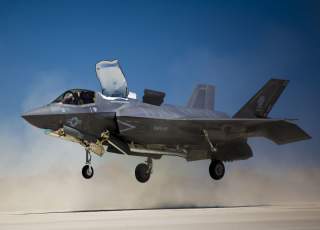 JV Venable is a senior research fellow in The Heritage Foundation’s Center for National Defense.