Explainer: Was This the Real F-52 Fighter? 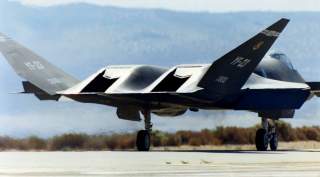 A jet that never made it into real life.