The F-14 Tomcat: The Carrier Jet the Navy Secretly Misses? 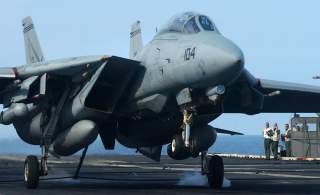 Although the F/A-XX and the Air Force’s F-X are in their infancy, it has become clear that they will be different aircraft designs that will probably share common technologies.