F-14 Tomcat: The Jet the Navy Has Never Been Able to Fully Replace 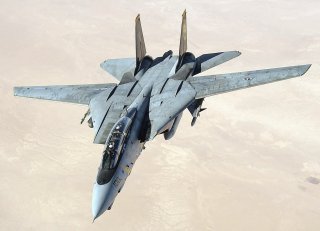 The report notes that both the Super Hornet and the F-35C are severely challenged by new enemy fifth-generation fighter aircraft such as the Russian-built Sukhoi T-50 PAK-FA and Chengdu J-20.